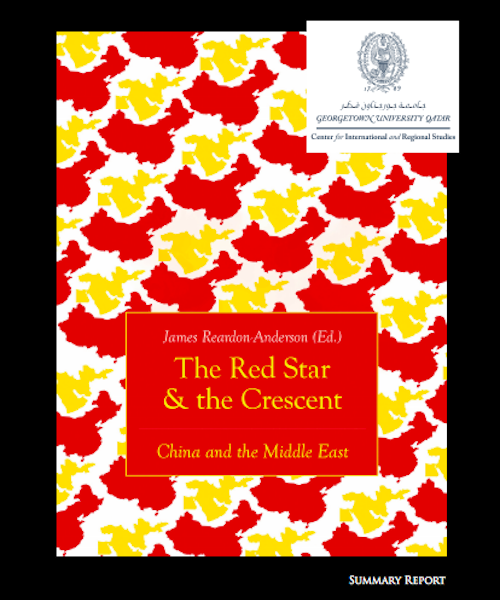 This summary report was published by the Center for International and Regional Studies at Georgetown University in Qatar on the evolving relationship between China and the Middle East.

The Red Star and the Crescent: China and the Middle East Working Group Summary Report

In 2015, the Center for International and Regional Studies (CIRS) at Georgetown University in Qatar (GU-Q) launched a research initiative on “China and the Middle East.” The two-year project brought together scholars from China, the Middle East, the United States, and Europe to examine the evolution of contemporary relations between China and the countries of the Persian Gulf, the Levant, and the Maghreb. Their work not only examines these unfolding relations through the lenses of international security, energy, economics, and investments, but also takes into account China’s broader engagements with the region in the social and cultural spheres.

The project resulted in a volume titled The Red Star and the Crescent: China and the Middle East (Hurst/Oxford University Press, 2017), edited by Sinologist James Reardon-Anderson, Founding Dean of GU-Q. This summary report contains synopses of the chapters in the volume.