China-Germany Relations in a Post-Merkel Era

Showing the China-Germany Relations in a Post-Merkel Era Video

After 16 years with Angela Merkel as German chancellor, a change in leadership comes at a time when the China-Germany relationship has become increasingly fraught. Germany's political transition is bound to bear implications for not only its national China policy, but also for Europe’s relations with China. China remains Germany’s largest bilateral trading partner. Although Berlin has expressed that “decoupling is the wrong way to go,” domestic pressure is mounting in the fallout of Beijing’s crackdown and policies in Hong Kong and Xinjiang, as well as from its handling of investigations into the origins of the COVID-19 pandemic. China’s assertive influence in diplomatic and business circles has only grown more apparent across Europe. This panel of experts explored the implications of Germany’s political transition for the next phase of the China-Germany relationship.

This event was co-sponsored by the Walsh School of Foreign Service Asian Studies Program, the BMW Center for German and European Studies and the Initiative for U.S.-China Dialogue on Global Issues.

Bernhard Bartsch is director of external relations at the Mercator Institute for China Studies (MERICS). He oversees the institute’s membership program, stakeholder management, fellowships, events, and strategic convening. Bartsch’s research focuses on German and European China policy, economic and business relations, and China’s role as a global actor. Before joining MERICS, he headed the Asia Program at Bertelsmann Stiftung, where he published numerous studies and established various strategy development and conference formats. From 1999 to 2013, Bartsch lived in Beijing, working as East Asia correspondent for major German-language media, including Neue Zürcher Zeitung, Wirtschaftswoche, Frankfurter Rundschau, and the business magazine brand eins.

Eberhard Sandschneider is a partner at Berlin Global Advisors, a geostrategic and government affairs advisory firm. He held a professorship for Chinese politics and international relations at the Freie Universitat Berlin from 1998 to 2020. Before his appointment to Freie, he taught at Johannes Gutenberg University in Mainz. Between 2003 and 2016, Sandschneider served as the Otto Wolff Director of the Research Institute of the German Society for Foreign Policy (DGAP). The focus of his academic work is on geopolitics, German foreign policy, transatlantic relations, and Chinese domestic and foreign policy.

Didi Kirsten Tatlow is a senior fellow in the Asia Program at the German Council of Foreign Relations (DGAP) in Berlin, Germany, and a senior non-resident fellow at Projekt Sinopsis in Prague, Czechia. Her research focuses on the political system of China, its impact on Europe, technology and worldwide transfer, democratic security, ideology, and disinformation. In 2019, she began a series, “China-in-Germany,” examining the influence and interference activities of the Communist Party of China in Germany. She has co-edited and co-authored a book, China’s Quest for Foreign Technology: Beyond Espionage (2021). Tatlow worked as a reporter and columnist in Asia and Europe for 23 years, including at the South China Morning Post and the New York Times.

Charles Kupchan (moderator) is a professor of international affairs in Georgetown University’s Walsh School of Foreign Service and Government Department, as well as senior fellow at the Council on Foreign Relations. From 2014 to 2017, Kupchan served as special assistant to the president and senior director for European affairs on the National Security Council (NSC) in the Obama administration He was also director for European affairs on the NSC during the first Clinton administration. Before joining the Clinton NSC, he worked in the U.S. Department of State on the policy planning staff. Previously, Kupchan was assistant professor of politics at Princeton University. 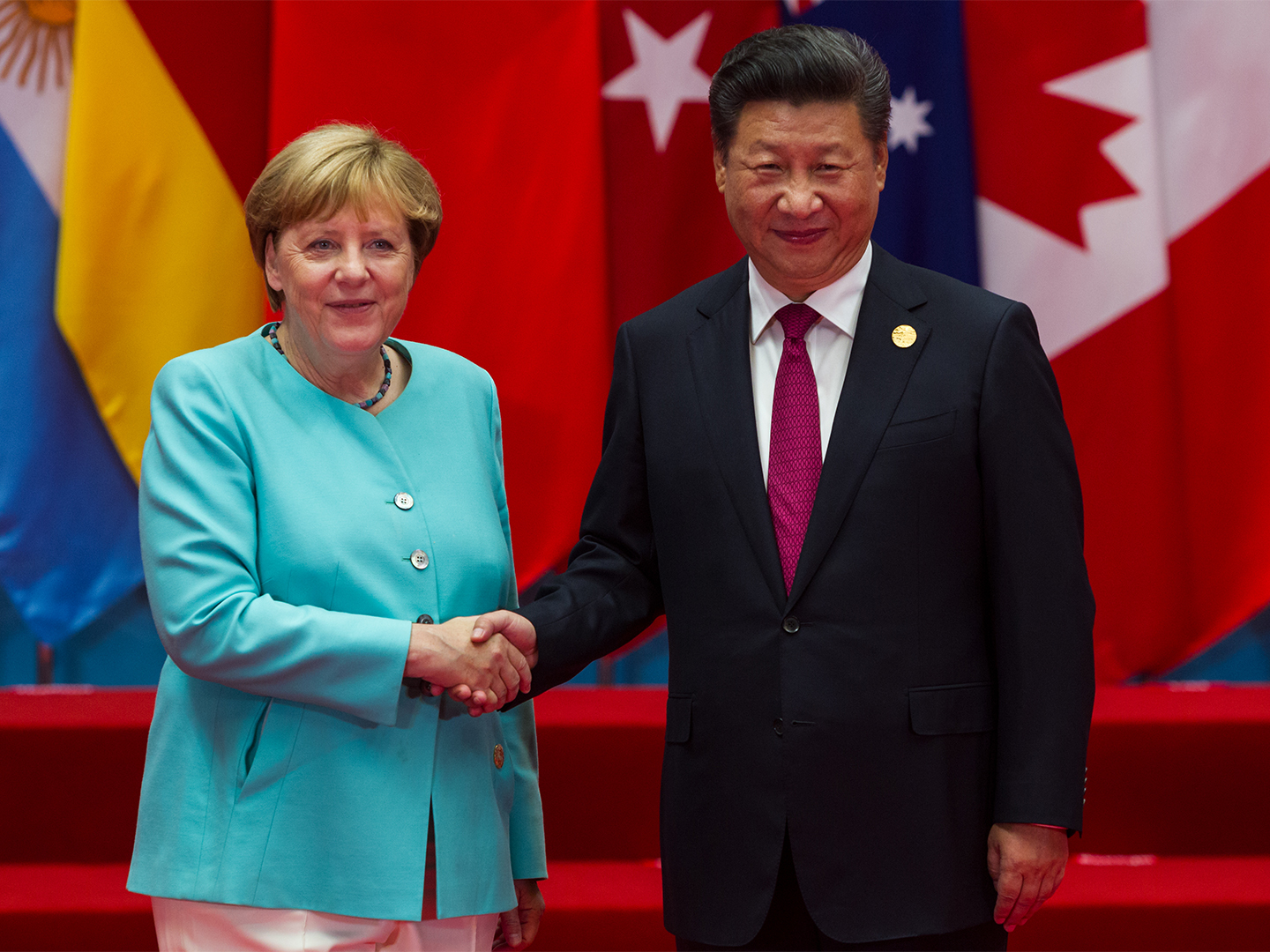 RSVP to China-Germany Relations in a Post-Merkel Era