Earlier this year, Chinese President Xi Jinping and his Russian counterpart Vladimir Putin declared that there was “no limit” to their partnership and “no forbidden” areas of cooperation. The conflict in Ukraine further probes this relationship, with observers seeking to figure out how close the two truly are. Despite public displays of an alliance between two autocratic leaders, the history of relations between China and Russia has not been turbulence-free. How should we understand Beijing and Moscow’s friendship? Amid pledges for deepened cooperation, what are the areas that interest each side most - space, climate change, artificial intelligence, internet standards, security? This panel event featured a conversation with experts to unpack the dynamism, opportunities, and irritants in Sino-Russian ties.

Joseph Torigian is an assistant professor at the School of International Service at American University and a Global Fellow at the Wilson Center’s History and Public Policy Program. His research examines the politics of authoritarian regimes with a specific focus on elite power struggles, civil-military relations, and grand strategy in China and Russia. He is the author of Prestige, Manipulation, and Coercion: Elite Power Struggles in the Soviet Union and China after Stalin and Mao (May 2022).

Elizabeth Wishnick is a senior research scientist in the China and Indo-Pacific Security Affairs Division at CNA, on leave in 2022 from her position as professor of political science at Montclair State University. Wishnick is also a senior research scholar at Columbia University’s Weatherhead East Asian Institute. She is known for her research on Sino-Russian relations, Chinese foreign policy, and China’s Arctic strategy. Her book project China’s Risk: Energy, Water, Food and Regional Security (forthcoming from Columbia University Press) addresses the security consequences of energy, water, and food risks in China for its Eurasian neighbors.

Yu Bin is professor emeritus of political science at Wittenberg University in Ohio. Yu is also a senior fellow of the Shanghai Association of American Studies and the Russian Studies Center of the East China Normal University in Shanghai. He has been a regular contributor to the Pacific Forum on Russia, China and Central Asia since 1999. 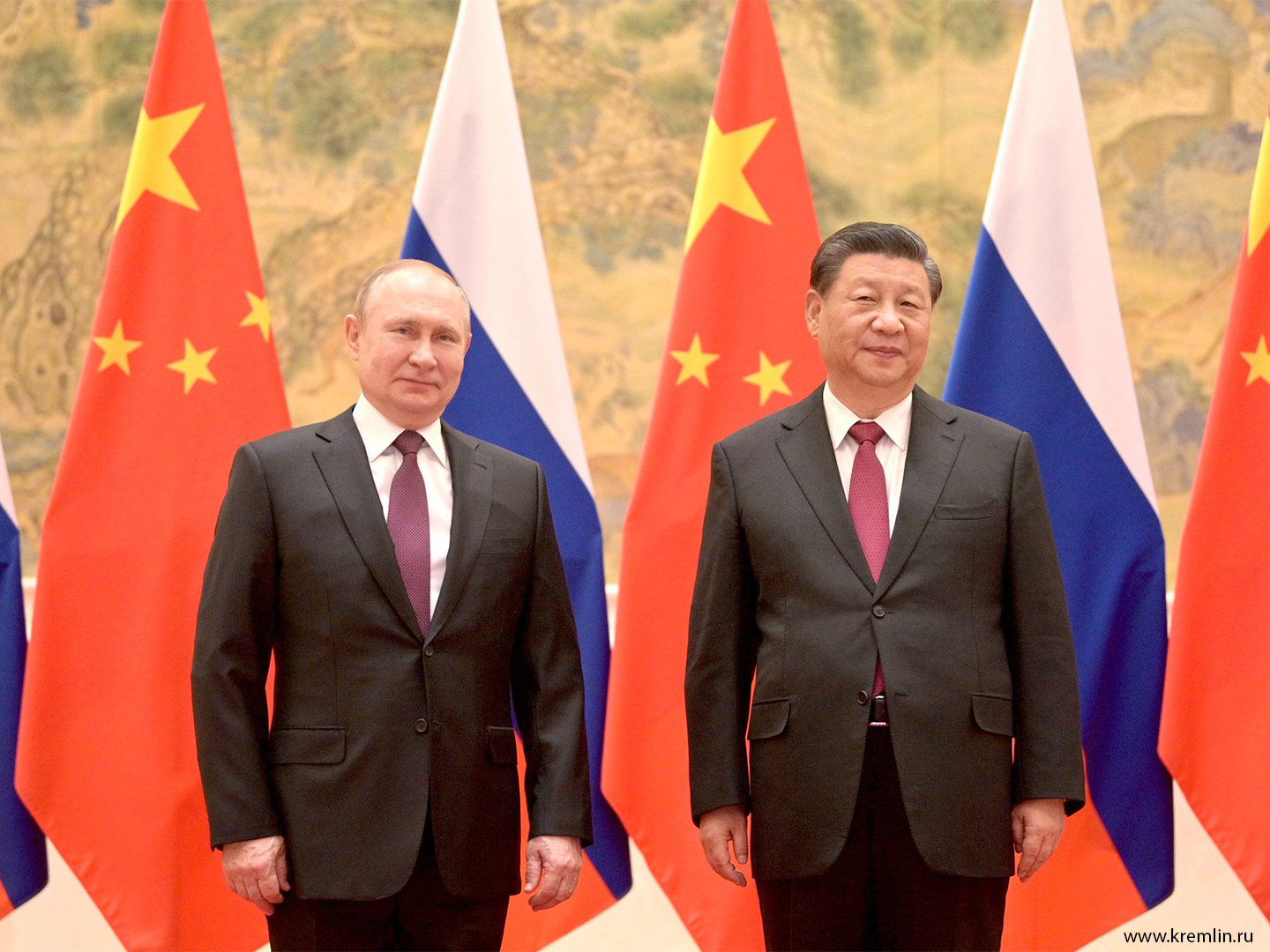 Vadimir Putin and Xi Jinping standing side by side