Chinese Artificial Intelligence and the Future of Technology and Trade

China is angling to become a global leader in artificial intelligence (AI) theory and technology and has invested heavily in hopes of developing it into a $150 billion industry by 2030. According to the country’s Ministry of Industry and Information Technology, in the past decade, China has filed nearly 390,000 AI patents. Chinese leaders also view AI as a key component for the country’s future economic transformation and growth. What are the different specialized sectors in AI, and how does China perform in areas like facial recognition, hardware, software, and voice intellection? Meanwhile, some of China's leading companies have yet to turn profits and have been added to an investment blacklist by the U.S. Department of Treasury for alleged involvement in surveillance on minorities in Xinjiang. This panel brought together experts to discuss Chinese AI’s domestic opportunities and challenges, international competition, as well as the economic, ethical, and military implications of this innovative industry.

This dialogue was co-sponsored by Georgetown University's Initiative for U.S.-China Dialogue on Global Issues with the Center for Security and Emerging Technology and the Asian Studies Program in the School of Foreign Service.

Jeffrey Ding is a postdoctoral fellow at the Stanford University Center for International Security and Cooperation, sponsored by Stanford's Institute for Human-Centered Artificial Intelligence. He is a research affiliate with the Centre for the Governance of AI at the University of Oxford. Ding is also an incoming professor at the George Washington University in fall 2022.

Matt Sheehan is a fellow at the Carnegie Endowment for International Peace, where his research covers global technology issues with a focus on China. His research projects explore China’s artificial intelligence ecosystem, the future of Chinese technology policy, and the role of technology in China’s political economy. He is the author of The Transpacific Experiment: How China and California Collaborate and Compete for our Future (2019).

Helen Toner is Director of Strategy and Foundational Research Grants at Georgetown’s Center for Security and Emerging Technology (CSET). She previously worked as a senior research analyst at Open Philanthropy, where she advised policymakers and grantmakers on AI policy and strategy. Toner lived in Beijing, studying the Chinese AI ecosystem as a research affiliate of Oxford University’s Center for the Governance of AI. She is a member of the board of directors for OpenAI.

Emily Weinstein is a research fellow at Georgetown’s Center for Security and Emerging Technology (CSET), focused on U.S. national competitiveness in AI and machine learning technology and U.S.-China technology competition. She is also a nonresident fellow at the Atlantic Council’s Global China Hub and at the National Bureau of Asian Research. In her previous role at CSET, Weinstein conducted research on China’s science and technology ecosystem, talent flows, and technology transfer issues.

Tim Hwang (moderator) is a research fellow at Georgetown’s Center for Security and Emerging Technology (CSET). He is the former director of the Harvard-MIT Ethics and Governance of AI Initiative, a philanthropic project working to ensure that machine learning and autonomous technologies are researched, developed, and deployed in the public interest. His research focuses on the geopolitical aspects of computational power and machine learning hardware, as well as the future of media manipulation and online information warfare. 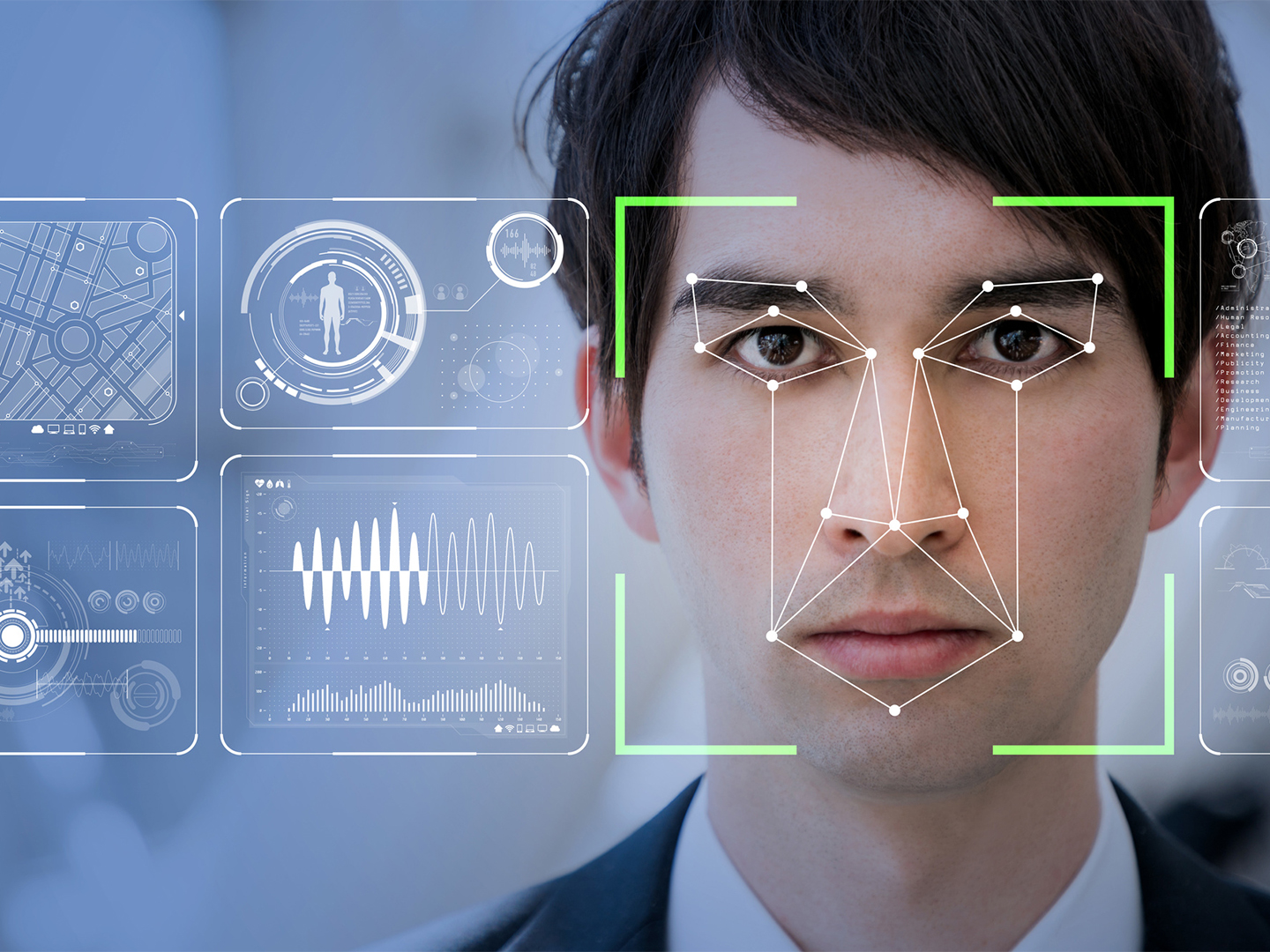 Close up of a man's face using facial recognition software