Georgetown Hosts Forum on China-U.S. Relations in a New Era

On January 9, Georgetown’s Initiative for U.S.-China Dialogue on Global Issues co-hosted the 2018 China-U.S. Young Leaders Forum with the China Institute of International Studies (CIIS), a research institute affiliated with the Chinese Ministry of Foreign Affairs. The one-day event brought together 25 promising young scholars from prestigious universities and think tanks in the United States and China for a review of the prospects for U.S.-China relations in 2018.

Ambassador Su Ge, former president of CIIS, led the Chinese delegation. “China and the United States share a solid interest to work together on critical issues like North Korea, climate change, and economic development,” he said during the opening remarks. “The two countries should manage disputes and build strategic trust, and meet each other halfway.”

Walsh School of Foreign Service Dean Joel Hellman welcomed the forum participants on behalf of Georgetown University and offered his perspective on this consequential moment in world history.  He noted, “The Walsh School of Foreign Service was established almost a century ago at a time when the leading powers of that time were rethinking and reshaping the global order with new ideas that ultimately led to the creation of such vital international institutions as the United Nations.”

Reflecting on Georgetown’s role in the modern world, Dean Hellman added, “Today, the world order is again in transition, with China now a consequential leading power, and Georgetown has an obligation and responsibility to be, once again, an active participant in the dialogue on rethinking the global order and in the education of the future leaders from around the globe.”

Meaningful Dialogue at a Pivotal Moment

Over the course of the day, scholars from China and the United States took turns presenting their research and engaging each other in the group discussions. The forum covered a wide range of topics in the U.S.-China relations, including economy and trade, security, the North Korea nuclear crisis, the South China Sea, Taiwan and cross-strait relations, and global health. Mr. Ryan Hass, David M. Rubenstein Fellow at the Brookings Institution and former National Security Council director for China, Taiwan, and Mongolia in the Obama administration, gave a keynote speech on the current state of the bilateral relations.

Georgetown Professors Matthew Kroenig, Jennifer Huang Bouey, and Oriana Maestro took part in the event. “Increasingly one cannot fully understand international politics without a proper understanding of the U.S.-China relationship. The new U.S. National Security Strategy rightly recognizes China as a strategic competitor, and that only makes dialogues like this one all the more important” Kroenig noted afterwards.

Dr. Teng Jianqun, director of the Department for American Studies of CIIS, and Professor Dennis Wilder, managing director of the Georgetown Initiative for U.S.-China Dialogue, moderated the discussions. Wilder labeled the discussions and event a great success: “This forum was particularly meaningful because of its timing and its participants. China and the United States are at a pivotal moment in the relationship with many worried about a potential Sino-U.S. trade war and rumors of a military conflict on the Korean Peninsula. The young scholars debated these tough subjects with mutual respect and admirable candor. It was just the kind of reasoned exchange we were hoping for.” 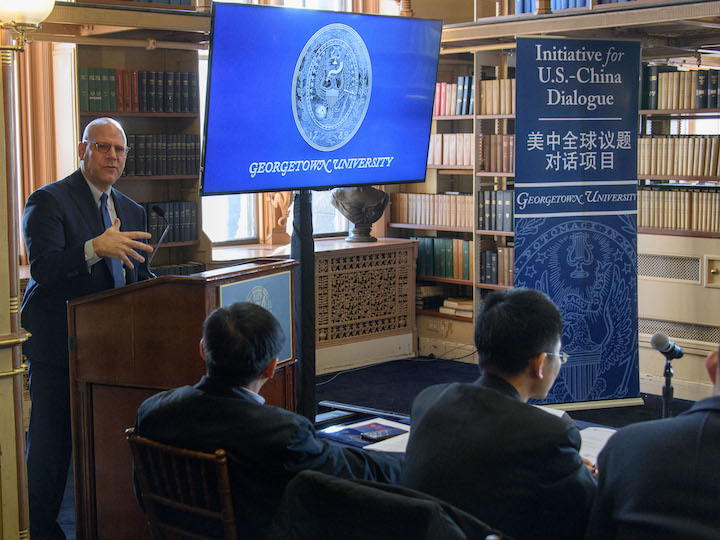 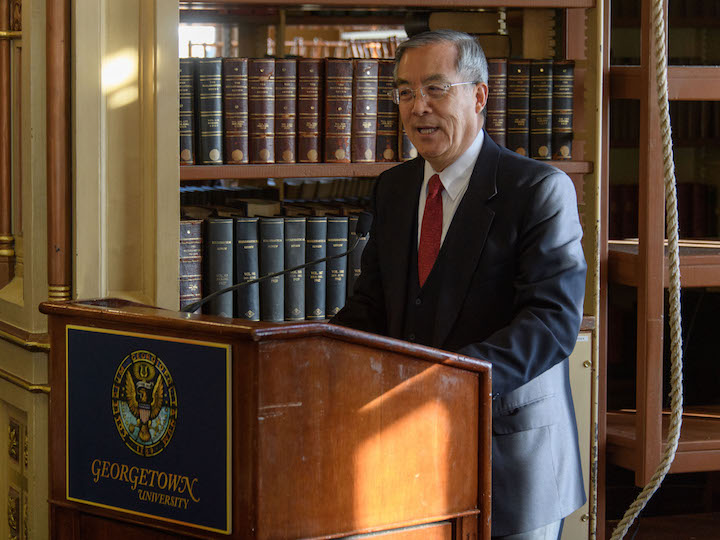 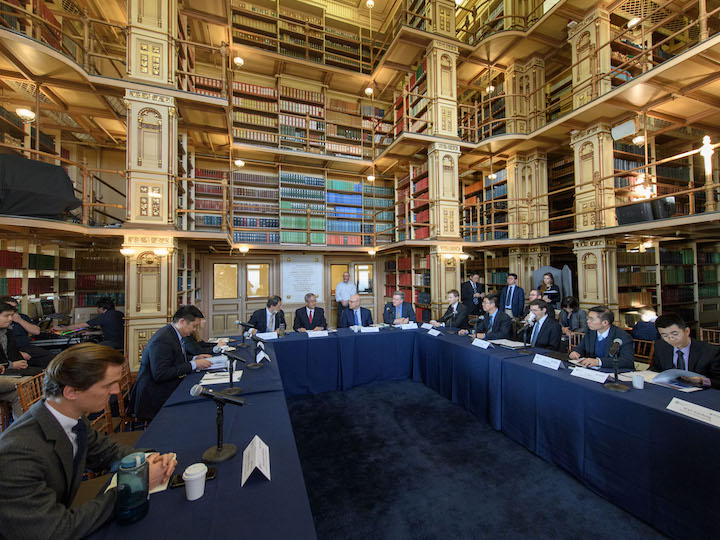