China's Xinjiang Region: How Should the International Community Respond?

Showing the China's Xinjiang Region: How Should the International Community Respond? Video

The United States and other democratic governments, as well as human rights organizations, have condemned China's repression of Uyghurs, Kazakhs, and other non-Han peoples in its nominally autonomous Xinjiang region through arbitrary detentions, mass internment, digital surveillance, religious restrictions, and forced labor. Some countries, including the United States, have imposed sanctions on firms and individuals, banned many imports from Xinjiang, and engaged in a diplomatic boycott of the Beijing Olympics. China strongly rejects the charge of genocide, denies that rights abuses are ongoing, and casts its Xinjiang policies as matters of national security, as well as economic and social development. The International Criminal Court determined in 2020 that it did not have jurisdiction, but, on the other hand, a U.K.-based, non-governmental tribunal found in December 2021 that Xinjiang policies do amount to genocide. Meanwhile, a change in Xinjiang's top party official may signal a shift of emphasis to economic development in the region, if not a return to “normal.” Given that Beijing does not seem to be moderating its repression in response to mounting international pressure, what should the international community do now with regard to Xinjiang? This event brought together experts to address this pressing challenge.

Timothy Grose is a professor of China studies at the Rose-Hulman Institute of Technology, with expertise in ethnicity, ethnic policy in China, and minority education. His current research is focused on the Uyghur population, ethnic and religious policy in contemporary China, and Islamic piety in Xinjiang.

Jeffrey Ngo is a writer, historian, and pro-democracy activist based in Washington, DC, and a Ph.D. candidate at Georgetown University. His research interests include Chinese territorial and maritime frontiers, the Qing Empire, modern Vietnam, and U.S. foreign relations. He is also affiliated with the Hong Kong Democracy Council, a U.S. nonprofit, as the policy and research fellow.

Yan Sun is a professor in political science at the CUNY Graduate Center. Her research interests include China’s domestic and international politics, political corruption, and ethnic politics. Sun is the author of a number of books, including From Empire to Nation State: Ethnic Politics in China (2020), which offers a historical-political perspective on China’s contemporary ethnic conflict.

Maya Wang is a senior China researcher in the Asia division at Human Rights Watch. Wang has researched and written extensively on the use of torture, arbitrary detention, human rights defenders, civil society, disability rights, and women’s rights in China. She is also an expert on human rights in Hong Kong and Xinjiang. Her original research on China’s use of technology for mass surveillance, including the use of biometrics, artificial intelligence, and big data, has helped galvanize international attention on these developments.

James A. Millward (moderator) is professor of inter-societal history at the Walsh School of Foreign Service at Georgetown University, teaching Chinese, Central Asian, and world history. In spring 2022 he holds a fellowship at the Norwegian Nobel Institute in Oslo. His specialties include the Qing empire, the Silk Road, Eurasian lutes and music in history, and historical and contemporary Xinjiang. Millward has served on the boards of the Association for Asian Studies (China and Inner Asia Council) and the Central Eurasian Studies Society. His publications include Eurasian Crossroads: a History of Xinjiang (2021, 2007). 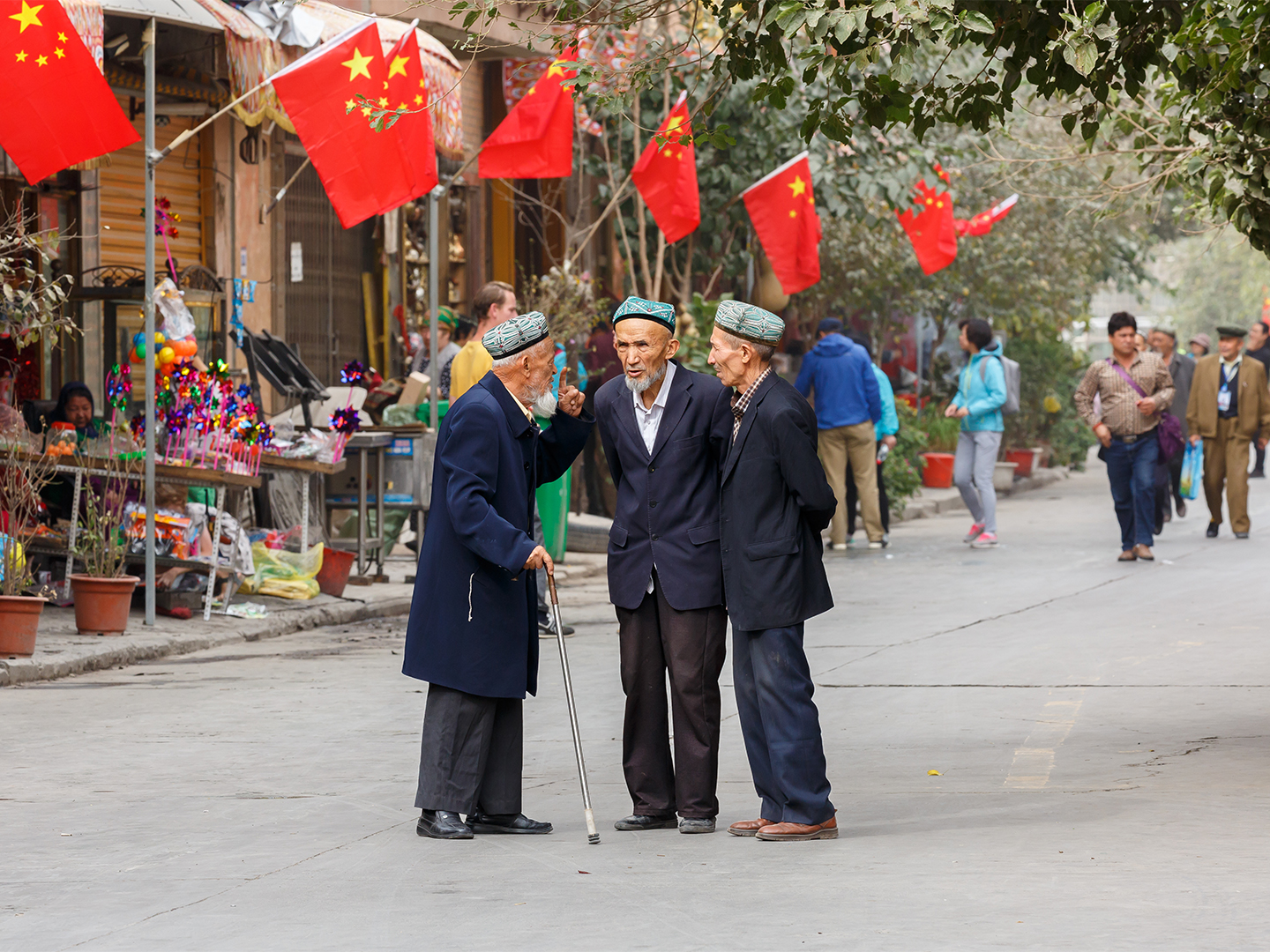 3 men talking in the street

RSVP to China's Xinjiang Region: How Should the International Community Respond?