In the twenty-first century, China’s pursuit of military modernization has continued to intensify—including its nuclear capability. A recent U.S. intelligence threat assessment stated that “Beijing will continue the most rapid expansion and platform diversification of its nuclear arsenal in its history.” As Chinese leaders double down on the country’s military investments, it is increasingly important to understand the motives underpinning Beijing’s evolving nuclear stance. Why is China building a more robust nuclear force? What consequences will China’s nuclear upgrades have for nonproliferation norms and nuclear security? This event brought together a panel of experts to discuss the drivers fueling China’s nuclear modernization and its potential to alter regional security dynamics.

Hans Kristensen is director of the Nuclear Information Project at the Federation of American Scientists in Washington, DC, where he is responsible for researching and documenting the status and operations of nuclear forces of the nine nuclear-armed states. He is co-author of the bi-monthly FAS Nuclear Notebook column in the Bulletin of the Atomic Scientists and the World Nuclear Forces overview in the SIPRI Yearbook. Previously, Kristensen was a consultant to the Nuclear Program at the Natural Resources Defense Council (2003-2005), a program officer at the Nautilus Institute (1998-2002), and special advisor to the Danish minister of defense as a member of the Danish Defense Commission (1997-1998).

Fiona Cunningham is an assistant professor of political science at the University of Pennsylvania. Her research interests lie at the intersection of technology and conflict, with an empirical focus on China. She has published widely on China’s nuclear strategy, U.S.-China strategic stability, and escalation dynamics in the nuclear, cyber, and maritime domains. Cunningham’s current book project explains how and why China threatens to use space weapons, cyber attacks, and conventional missiles as substitutes for nuclear threats in the post-Cold War era. She is a nonresident scholar in the Nuclear Policy Program at the Carnegie Endowment for International Peace, where she was a Stanton Nuclear Security Fellow in 2020-2021.

Tong Zhao is a senior fellow in the Nuclear Policy Program at the Carnegie Endowment for International Peace, based in Beijing, and a virtual visiting research fellow at the Cooperative Monitoring Center of the Sandia National Laboratories. He serves on the board of directors of the Asia-Pacific Leadership Network for Nuclear Non-Proliferation and Disarmament and on the advisory board of the Missile Dialogue Initiative. Zhao is also an associate editor of Science & Global Security and is a member of the International Panel on Fissile Materials.

Caitlin Talmadge (moderator) is an associate professor of security studies at Georgetown University’s Walsh School of Foreign Service, as well as non-resident senior fellow in foreign policy at the Brookings Institution and research affiliate in the Security Studies Program at the Massachusetts Institute of Technology. Her work examines nuclear deterrence and escalation, civil-military relations, military strategy and operations, and defense policy, with a particular focus on security issues in Asia and the Persian Gulf. In 2022, Talmadge will hold the Kissinger Chair in Foreign Policy and International Relations at the Kluge Center at the U.S. Library of Congress. 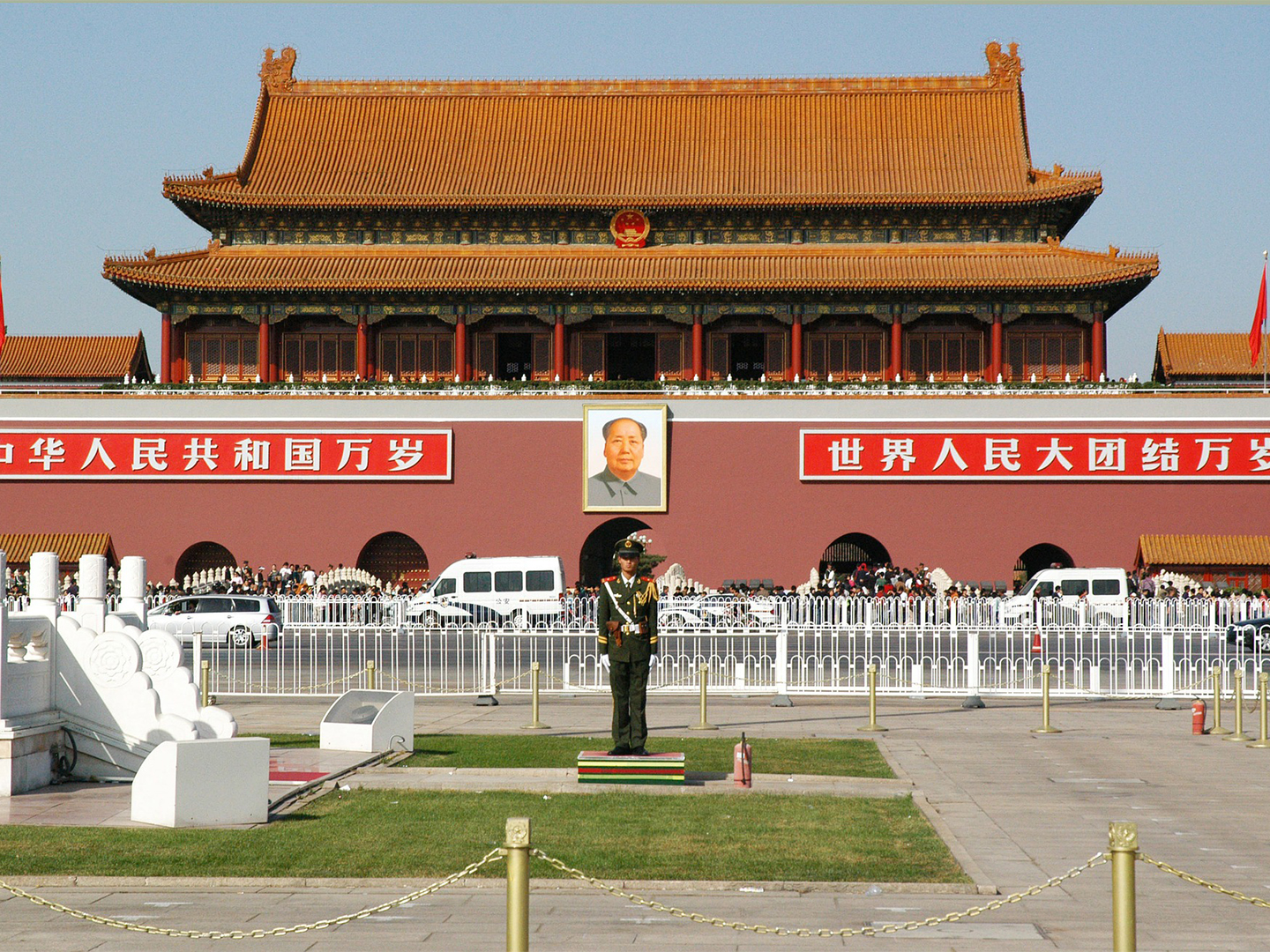 Chinese soldier in front of Tiananmen