China’s position as a strategic partner to the United States and as a global leader continues to strengthen, and this summer a group of Georgetown students had the opportunity to see why firsthand.

The China-U.S. Exchange Foundation (CUSEF), which has a good working relationship with the Chinese government and private enterprises, has been working with prestigious U.S. universities to bring American students to China on study trips. From June 4 to 13, 2017, nine students representing a broad cross-section of graduate programs across Georgetown’s schools (including the School of Foreign Service, the School of Nursing and Health Studies, and Georgetown College) took part in a CUSEF-sponsored trip to Beijing, Hangzhou, and Shanghai.

The study tour began in Beijing with an intense schedule of meetings at the Chinese Foreign Ministry, the Asian Infrastructure Investment Bank, Peking University’s School of Public Health, the Institute of Public and Environment Affairs, and Baidu Corporation.

At the Foreign Ministry, the group met with young diplomats and discussed Sino-U.S. relations in light of the election of President Trump. The students also got the chance to dine with one of the founders of China Daily and the executive director of CUSEF. In addition, they were able to visit Beijing’s Zhongguancun Science Park in the Haidian District, which is renowned as an incubator of Chinese innovations for the digital age.

In Hangzhou, the students visited the headquarters of the world-famous Alibaba Corporation as well as toured an advanced robotic assembly line at the Wanxiang Group, the largest China-based automobile parts manufacturer. They also visited with students at Zhejiang University, one of China’s top technology universities. While in Hangzhou, the group visited the site of last year’s G20 summit, including West Lake, a UNESCO World Heritage Site. At West Lake, the students were treated to the impressive arts performance that had first been presented to the G20 leaders during the summit.

The students traveled to Shanghai by high-speed train, where they were invited to a discussion on U.S.-China relations at the Shanghai Institutes for International Studies with the director of the strategic studies institute, Dr. Wu Chunsi. The group also visited the Shanghai government’s urban planning exhibition center and the showroom for Shanghai Shendi Group, Disney’s partner for Shanghai Disneyland. There, the group learned about the theme park’s development process from initiation through grand opening in June 2016. Completing their visit to Shanghai, the group also had the chance to do some sightseeing, including a boat tour on the Huangpu River and a tour of Shanghai’s famous Bund.

As School of Foreign Service student Jonah Langan-Marmur described, he was impressed with “China’s dedication to cross-cultural contact, especially with the United States, and China’s determination to take a leading role on the global stage.”

The visit impressed upon the students the speed with which China is moving up the technology ladder and the global ambitions of China’s e-commerce companies. They were also surprised to find the extent to which big data are being used to monitor environmental damage and to enforce environmental laws.

Overall, the visit was an eye-opener to the students, many of whom had never visited China or East Asia before. 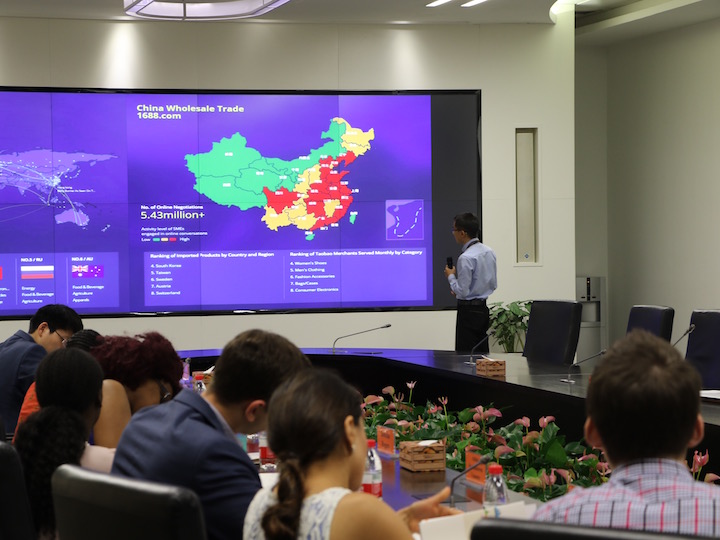 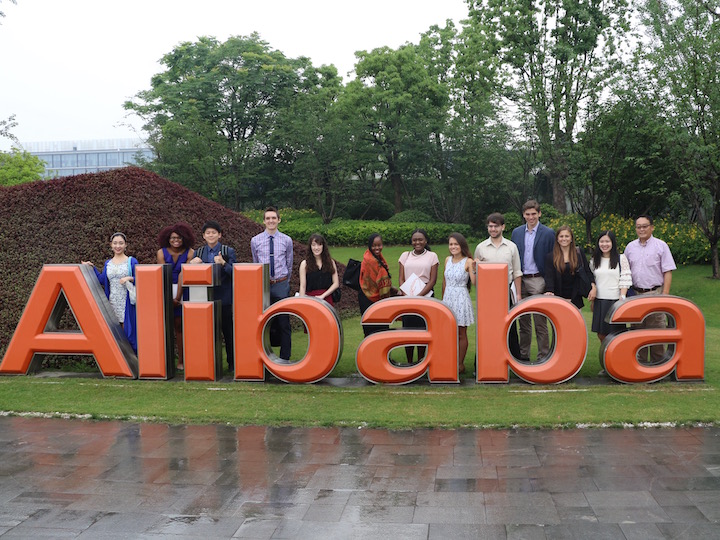 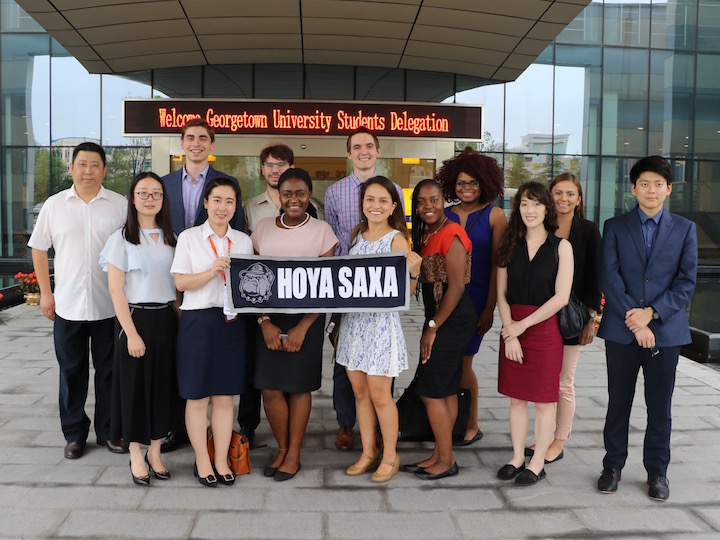 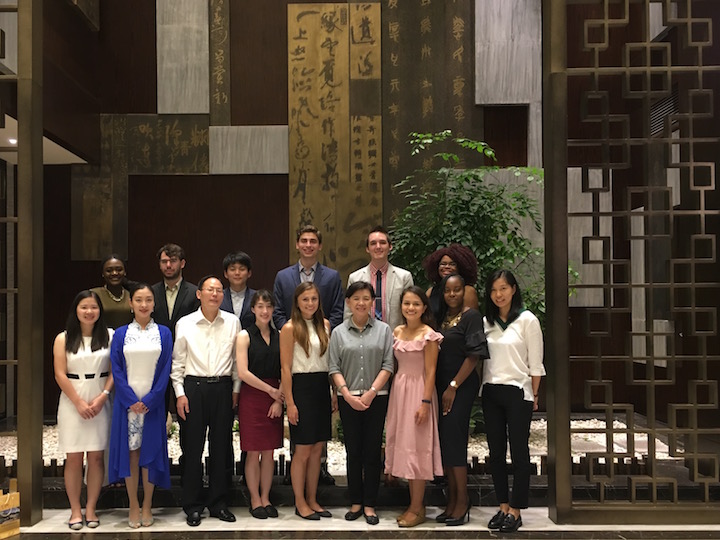