Climate change, pandemics in increasingly mobile societies, political instability in an ever more connected world: These are just some of the looming challenges that will face future generations across the globe.

To engage young leaders in discussions on this issue, the Initiative for U.S.-China Dialogue on Global Issues launched a student fellows program that brings together Chinese and American university students for sustained dialogue. This year’s cohort—four students from Chinese universities and five from U.S. universities—met in Beijing in early June to reflect on their substantive and candid interaction during the academic year.

The Beijing meeting was the capstone to the fellows’ year-long dialogue on the “Challenges of Globalization.” Over the course of two semesters, the fellows have engaged in active online and in person dialogue on various issues, including opportunities and challenges for U.S.-China cooperation to benefit the global community, how young Chinese and American perspectives can influence the course of U.S.-China cooperation, and recommendations for tangible U.S.-China joint action on global issues in 2017.

During the meetings in Beijing, Dennis Wilder, professor of the practice in the Asian Studies Program, and Dr. John Kline, professor of international business diplomacy, engaged the students in an in-depth discussion centered on the topic of “Challenges of Globalization.” The students had the opportunity to meet Chinese Vice Foreign Minister Zheng Zeguang and were hosted by Counselor Chen Yanjun and a group of young Chinese Foreign Ministry officials for a discussion on U.S.-China relations and careers in the Chinese Foreign Service. They visited the U.S. Embassy in Beijing and met with four U.S. diplomats from different sections of the mission who explained the work of the embassy and how they came to be in the U.S. Foreign Service. They also met with a young foreign correspondent working in Beijing to understand the rapidly evolving media environment in China. In addition, the fellows found time to do some sightseeing in China’s capital and to experience Beijing’s culinary delights.

The fellows returned to several overarching themes throughout the meetings in Beijing. A first was the very different framing of globalization by the U.S. and Chinese governments since President Trump’s election. The Chinese students had many questions about the role America now saw for itself in the Asia-Pacific region and globally and the impact this would have on U.S.-China cooperation. The U.S. students had many questions about China’s emerging global influence, particularly through the new “One Belt, One Road” initiative championed by President Xi Jinping. The students concluded that there still exist many arenas for U.S.-China cooperation to benefit the global community but that perceptions of the other’s intentions often hamper this cooperation.

A second theme was the ethics of global business and the values that Americans and Chinese share that compels them to ensure that transnational corporations act in a socially responsible manner globally. Discussion centered on what young Americans and Chinese can do to make themselves more aware of the implications and ramifications of global supply chains. Professor Kline presented a detailed analysis of his research on this topic related to the apparel industry in the Dominican Republic. He also presented the fellows with tools for reflecting on their own values and ethics, which led to a robust discussion of similarities and differences in Chinese and American values, particularly on religion and the definition of human rights.

A third theme was a wide-ranging discussion of the fellows’ view of the changing global order and what they saw as the challenges ahead. They expressed optimism about the future of U.S.-China relations and the state of the world. There were lively and candid exchanges on the extent to which the United States and China should intervene in the affairs of other nations and impose value systems. However, they all agreed that in the twenty-first century, the United States and China have unique opportunities and obligations to work together to alleviate global poverty, stop the spread of infectious diseases, reduce regional conflict, and assist exploited populations.

Finally, the fellows concluded that this year-long dialogue had met the objective of giving them a richer and deeper understanding of the differing U.S. and Chinese perspectives on a myriad of bilateral and global issues. They found that they could engage in candid and meaningful dialogue while still maintaining deep respect for each other. The fellows felt that they had created deep and abiding personal friendships and asked that Georgetown University consider having them reconvene in the future, joining with other cohorts of student fellows, to continue the dialogue. 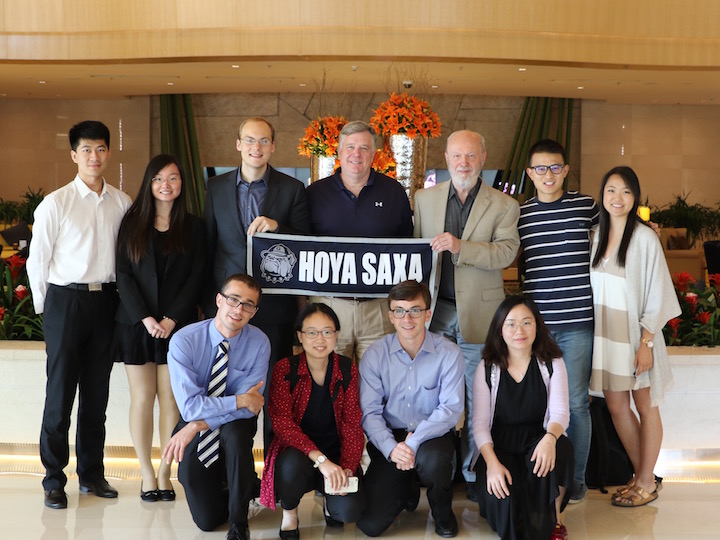 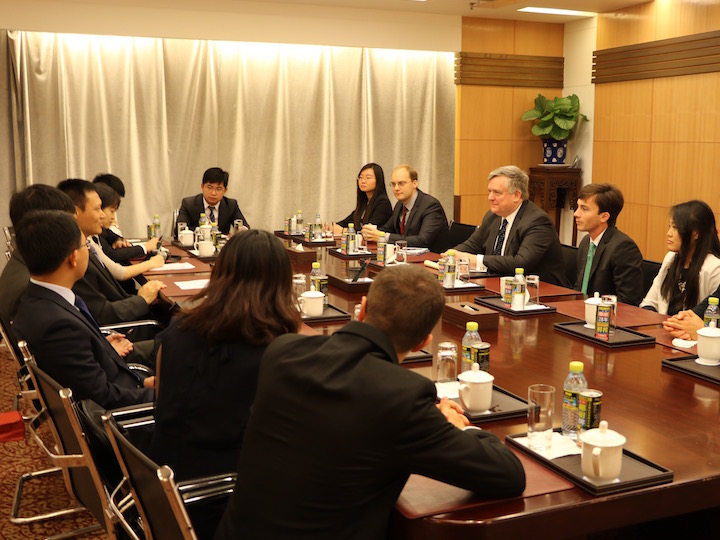 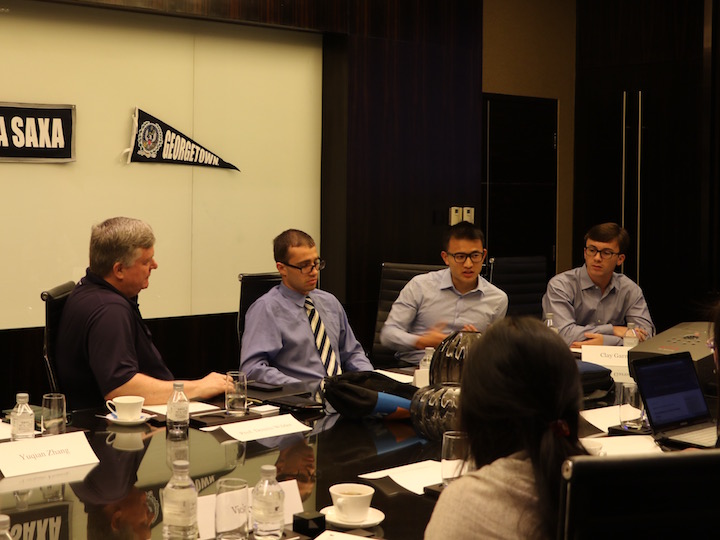