The U.S.-China Technology Relationship in Flux

Showing the The U.S.-China Technology Relationship in Flux Video

Technology policy was long the sleepy domain of technical specialists and bureaucrats. Over the last two years, however, technology relations between the United States and China have hit the front page. Chinese telecommunications companies like Huawei and ZTE have faced strict sanctions from the U.S. government. In response, the Chinese government has recommitted to developing advanced indigenous semi-conductors. As a result, global supply chains in the technology sector face unprecedented strain. Trans-pacific innovation systems have also come under scrutiny with new U.S. government concerns over Chinese-funding of U.S.-based research. This has led several U.S. universities to rescind Chinese funding and in extreme cases to the termination of faculty. As technology policy becomes more central to the U.S.-China relationship how can the two parties manage tensions and also promote continued economic development and innovation? How will new technologies like Artificial Intelligence and quantum computing put further strain on the relationship? What role may business play in managing possible tensions?

On October 4, the Georgetown University Initiative for U.S.-China Dialogue on Global Issues and the Brookings Institution convened a panel of experts from the United States and China to discuss the emerging U.S.-China technology relationship. In addition to addressing the above questions, the experts discussed the roots of growing tensions between the partners as well as possible pathways forward.

Following the conversation, the panelists took questions from the audience.

Henry Farrell is professor of political science and international affairs at George Washington University. He is a co-convener of the Initiative for U.S.-China Dialogue on Global Issues faculty research group on business and trade.

Ryan Hass is a fellow and the Michael H. Armacost Chair in the Foreign Policy program at Brookings, where he holds a joint appointment to the John L. Thornton China Center and the Center for East Asia Policy Studies.

Can Huang is a professor, head of the Department of Innovation, Entrepreneurship and Strategy, and co-director of the Institute for Intellectual Property Management at the School of Management, Zhejiang University, Hangzhou, China.

Abraham Newman is a professor in the BMW Center for German and European Studies in the School of Foreign Service and the Department of Government in the College. He also serves as director of Georgetown's Mortara Center for International Studies. Professor Newman is a co-convener of the Initiative for U.S.-China Dialogue on Global Issues faculty research group on business and trade.

Adam Segal is the Ira A. Lipman chair in emerging technologies and national security and director of the Digital and Cyberspace Policy Program at the Council on Foreign Relations.

Yeling Tan is an assistant professor of political science at the University of Oregon. 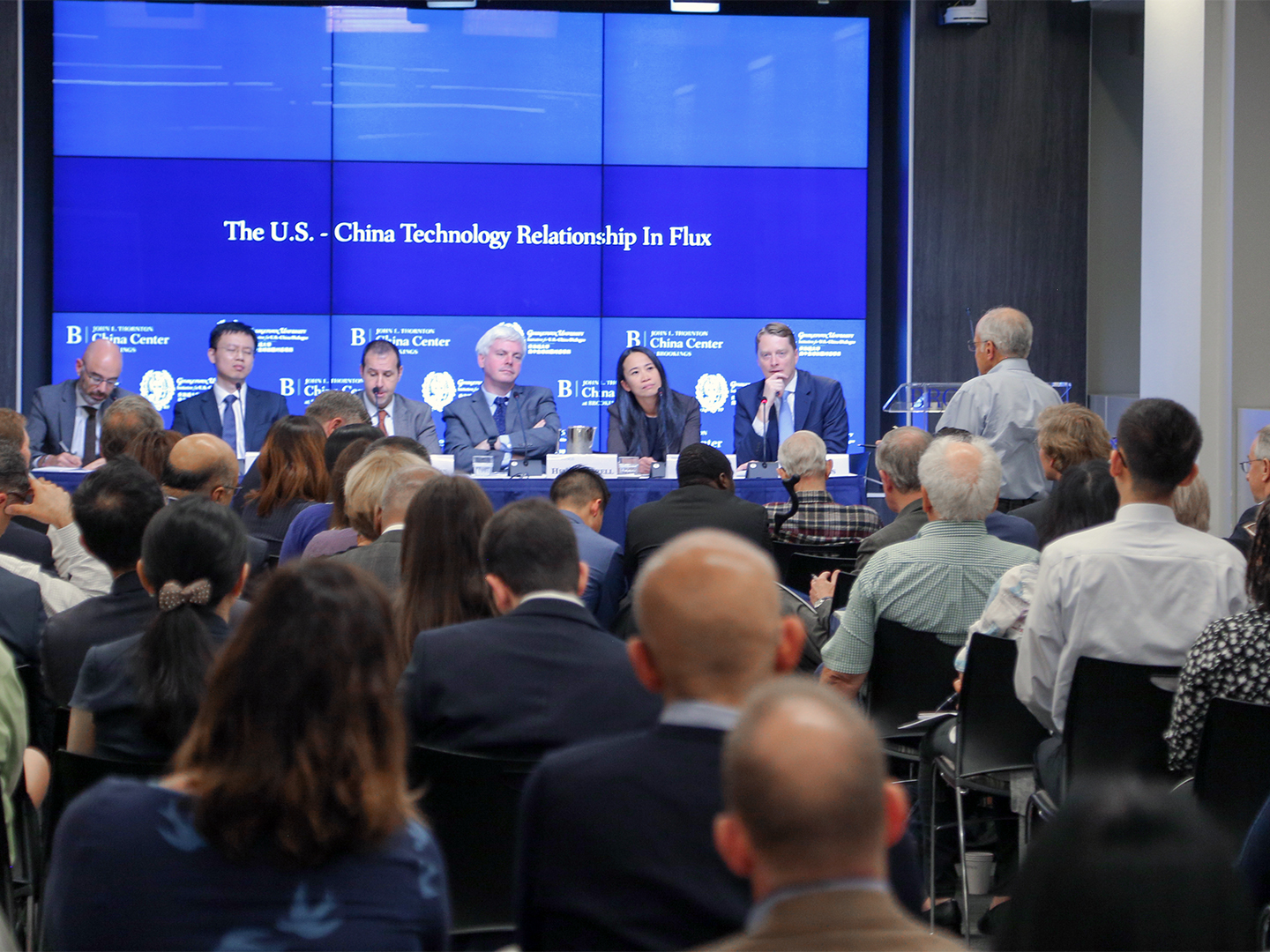 Panelists listening to an audience member ask a question

RSVP to The U.S.-China Technology Relationship in Flux