The decoupling of the U.S. and Chinese economies is one of the headline risks in U.S.-China relations today. Many in the Trump administration have actively pursued an agenda to bring U.S. manufacturing back home. At the same time, they have sought to separate technology supply chains linking the United States and China. Yet, this process is far from simple and is encumbered by politics and economic realities on both sides of the Pacific.

The Initiative for U.S.-China Dialogue on Global Issues and Asian Studies Program at Georgetown University are bringing together top international economists and business leaders to address these issues.

Wang Tao is a managing director and head of Asia Economic Research at UBS investment bank in Hong Kong. She covers macroeconomic and policy issues in Asia and China.

Jörg Wuttke is the chief representative in China of BASF, a large German chemical company. He is also the president of the European Union Chamber of Commerce in China.

Dan Wang is a Beijing-based technology analyst at Gavekal Dragonomics, an economic research firm. His focus is on China's technology progress—especially on semiconductors—as well as the unfolding tech war related to the Committee on Foreign Investment in the United States, export controls, and Huawei.

Jimmy Goodrich is vice president for global policy at the Semiconductor Industry Association (SIA). In this role, he leads SIA’s global policy team and its research and analysis of foreign semiconductor policies and capabilities. Jimmy is also the executive committee chair of the United States Information Technology Office (USITO) in Beijing, representing SIA in his capacity.

Evan Medeiros (moderator) is the Penner Family Chair in Asian Studies at the School of Foreign Service and a senior fellow with the Initiative for U.S.-China Dialogue on Global Issues at Georgetown University. 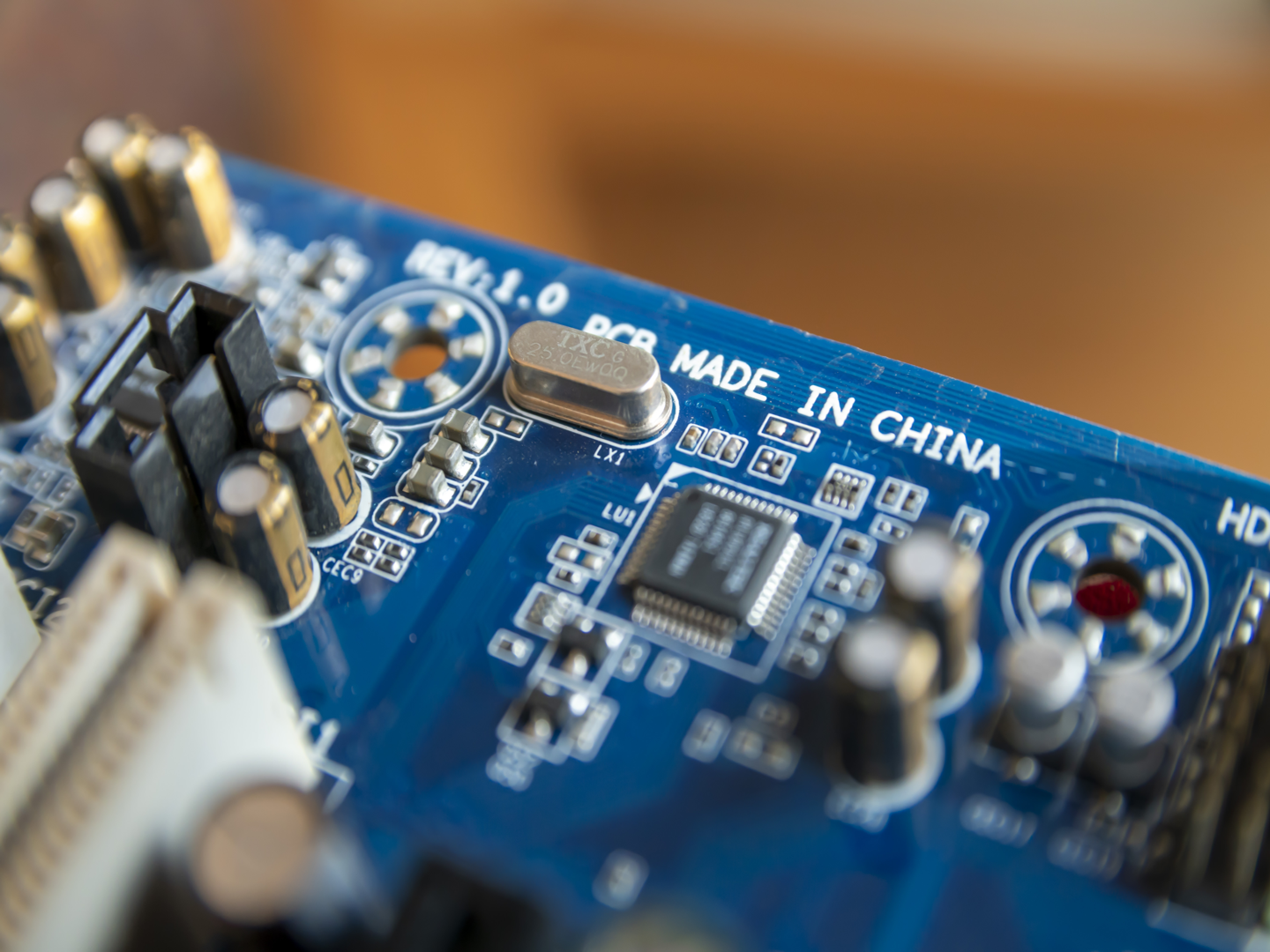 circuit board made in China