Twelve Georgetown students from a diverse range of graduate programs embarked on a ten-day China study tour that provided them the opportunity to meet senior government officials, top scholars, and emerging business leaders in Beijing, Xiamen, and Shanghai.

The program, which is sponsored by the Hong Kong-based China United States Exchange Foundation (CUSEF), commenced on June 4, 2018, and focused on China’s national security and cross-strait relations between mainland China and Taiwan.

In Beijing the students heard from some of China’s top strategic thinkers in the Ministry of Foreign Affairs, the Ministry of National Defense, and the Ministry of Environmental Protection. Of special note, was a visit to the Chinese military’s Bayi headquarter where the senior colonel in charge of the Americas and Oceania for the Central Military Commission engaged the students in a lively discussion of Chinese defense policy.

The students took a deep dive into the issue of cross-strait relations when they next traveled to Xiamen, a city in Fujian province. They held a roundtable discussion with faculty and students from Xiamen University’s Graduate Institute for Taiwan Studies and learned firsthand the opportunities and obstacles for Taiwanese companies of doing business on the mainland from a local Taiwanese probiotics company.

“Seeing China through the eyes of a professional delegation under the powerful banner of Georgetown proved to be an experience that taught me how effective diplomacy can overcome both cultural differences and transactional stalemates, speaking to the need to craft best practices of effective communication between two world powers,” said Marissa Emory, who graduated in May from the Walsh School of Foreign Service with an M.A. in Arab Studies.

The group rounded out the trip in Shanghai, where students met with leading scholars of the Shanghai Institute for International Studies, a government-affiliated think tank dedicated to informing and shaping better policymaking. Speakers candidly shared their views on issues ranging from North Korea’s deceleration and major powers relations to China’s domestic politics and foreign policies.

The study tour was an eye-opening experience for the Georgetown student participants, most of whom had never visited China before.

“As a first-time visitor to China, this trip served as a deep-dive into U.S.-China relations, allowing me to experience what was essentially a crash course on topics such as Taiwan, U.S.-China trade relations, and the ever-evolving state of U.S.-China political affairs,” said Emma Ridings, a second-year graduate student in the Conflict Resolution Program.

“Seeing the amount of goodwill between Chinese and American students, business people, and even foreign policy wonks gives me hope that there will be ways to make the relationship endearing and mutually beneficial,” added participant David Myung (SFS’19).

Dennis Wilder, managing director for the Georgetown Initiative for U.S.-China Dialogue and professor of practice in the Asian Studies Program, guided the students during the trip and said of the experience, “I learn something new on every visit to China, and I especially enjoyed these study tours where I get to experience China and Chinese culture through the students’ fresh perspectives.”

This is the second Georgetown student group that participated in a China study tour organized by CUSEF. The first group went in June 2017 and visited Beijing, Hangzhou, and Shanghai on the theme of China’s emerging e-commerce. 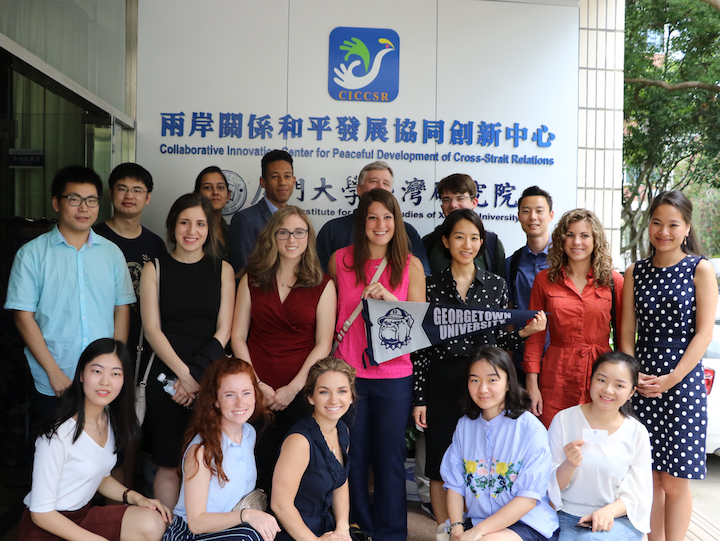 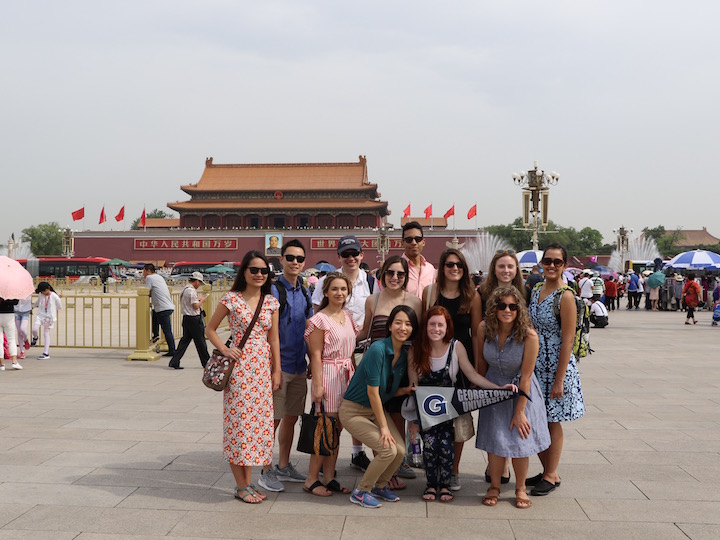 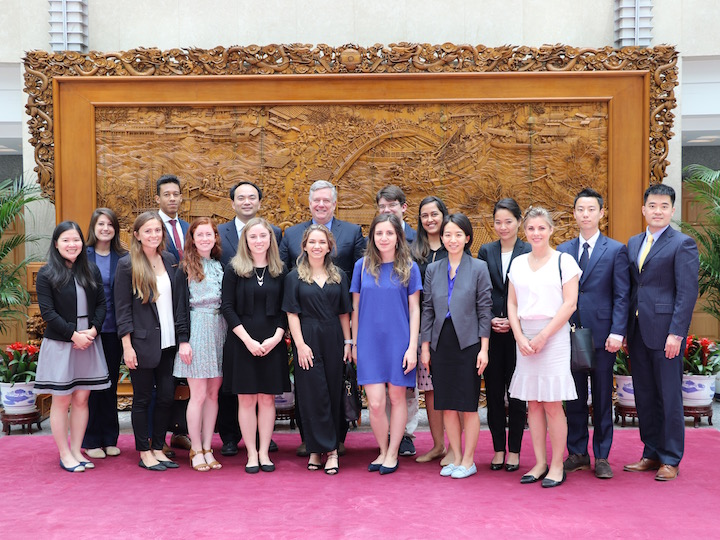 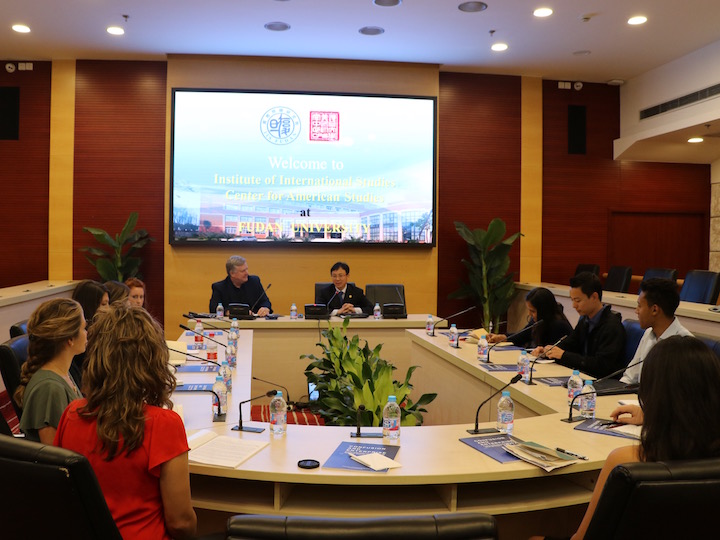 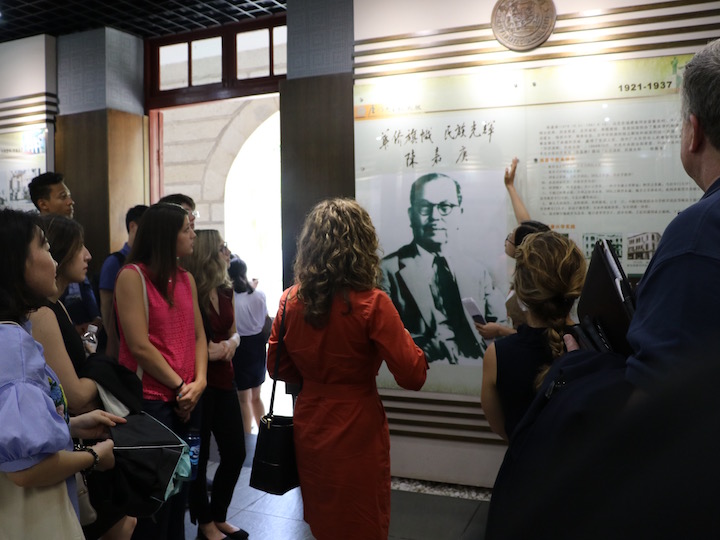