Members of the U.S.-China Research Group on E-commerce and Mobile Technology convened in Washington D.C. for their third and final meeting on October 4 to 5, 2019. Led by Professor Abraham Newman (Georgetown University), Professor Henry Farrell (George Washington University), and Professor Xue Lan (Tsinghua University), the group consisted of 14 engaging American and Chinese scholars that held structured dialogues on key issues that are critical to the United States, China, and the world.

Convened for the first time in Washington, DC, in spring 2018, the group has witnessed a seismic shift in tech relations between the United States and China over the past year and half, further intensified by the Trump administration’s trade war. Under these circumstances, the research group launched into collaborative research that covered a range of topics including technological innovation and distribution, technology and national security, global governance, U.S.-China tech interdependence, and technology policies and regulations. The culmination of this multi-semester effort took place in October 2019 in Washington, DC, where group members updated each other on their progress and participated in a public panel at the Brookings Institution to share the results of their research with the wider Washington community.

During the past two years, the United States and China have been forced to address simmering grievances and concerns over cooperation in the technology sector. The United States and China stand on the edge of an uncertain future with unwritten rules and growing mutual mistrust. The public panel held at the Brookings Institution on October 4, 2019 focused on better understanding the current status of the relationship in order to identify what needs to be done to forge a new path forward.

According to Newman, new rules and a new structure are needed to govern tech interactions between the United States and China. In particular, they must find a way to work together while compensating for vulnerabilities that may affect national security. Farrell pointed out that these tensions are not just about trade but rather conflict over globalization and U.S. fears of Chinese intentions for the international order.

If one looks at U.S. fears about Huawei, they're very straightforward. There are fears that the 5G network would allow Huawei, and by extension the Chinese government, to do to the world communication system, what the United States had done back in the day with the NSA.

Yeling Tan of the University of Oregon emphasized that when considering how to handle technology policy with China going forward, it’s imperative to recognize that China is not just a singular like-minded entity. Her research shows that there are competing factions of techno-nationalists and techno-globalists that are empowered domestically by interactions internationally. According to Tan, decoupling of the U.S. and Chinese economies will only serve to further strengthen the techno-nationalists. Can Huang of Zhejiang University also noted that while the Chinese government does not want to decouple, there is confidence in China’s ability to push for self-reliance. Finally, Adam Segal from the Council on Foreign Relations focused on the lack of coherent direction and policy within the United States on how to handle emerging technologies and their effects on the global economy.

“So, I think there is a fairly broad consensus that technological competition with China is important, there's a national strategy, there's a national requirement. But again from what I'm hearing from the private sector and from the Hill is that there are many voices, often competing, and not explicitly being driven from the executive agency.”

The research group has concluded their formal meetings, and is pursuing publications of their joint research. They plan to continue monitoring advancements in technology policy, changes to U.S.-China tech interdependence, and developments on the regulation of emerging technologies. They will also continue to collaborate on publications and plan to submit their research to various academic journals and scholarly magazines. As the leading scholars in this field, their research is sure to have an impact on not only the U.S. policy-making community, but also policymakers around the globe who are deciding how to handle the shifting technology landscape. Following the conclusion of the workshop convener Abraham Newman was able to reflect on the work he’s accomplished with his fellow researchers.

The dialogue was essential in moving my personal research forward. While I had been a passive consumer of information about China in the technology space, the dialogue really upgraded my research capacity. Between meeting colleagues from China, spending time in country, and thinking deeply about the topic, the dialogue had a huge impact. 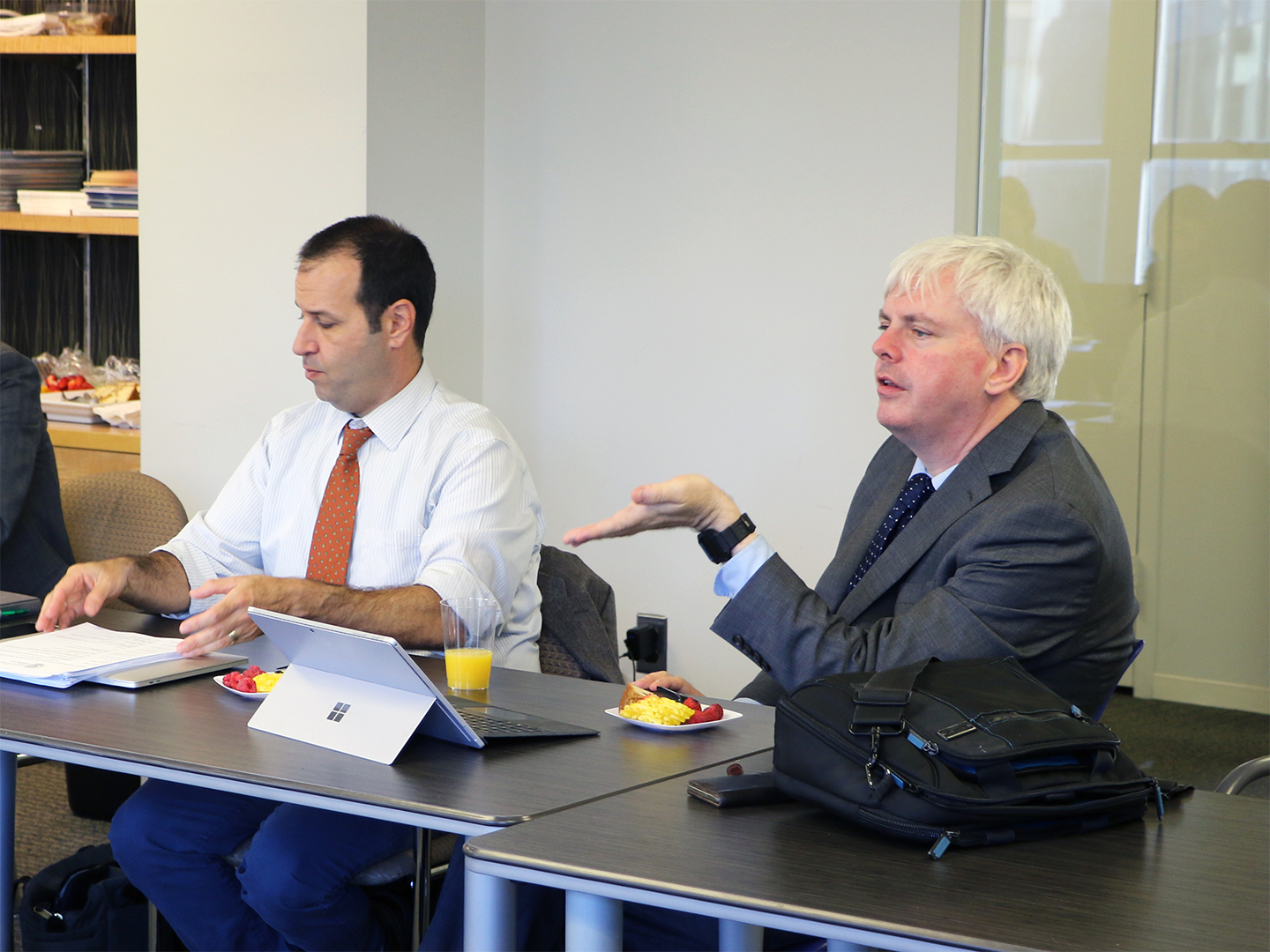 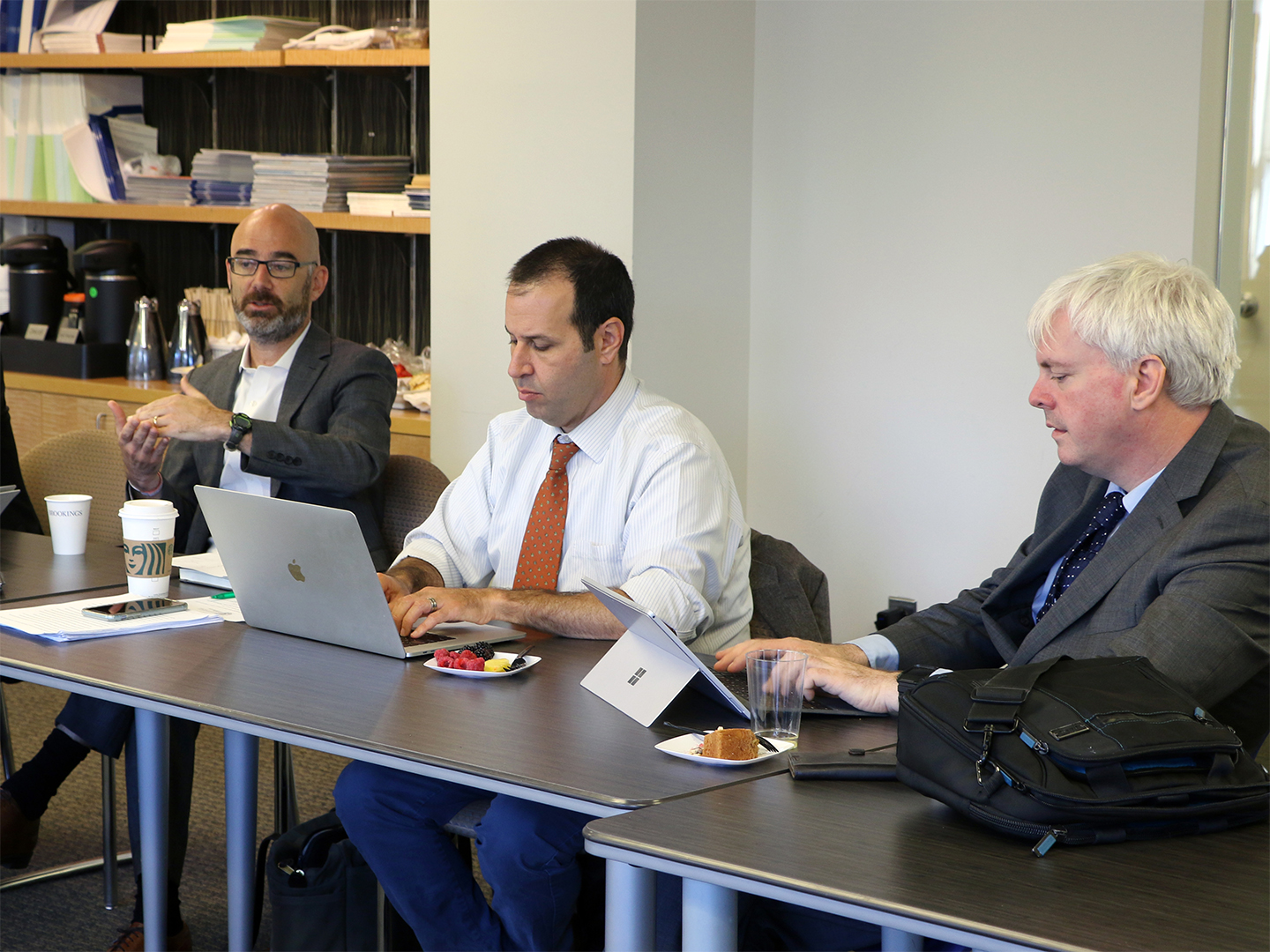 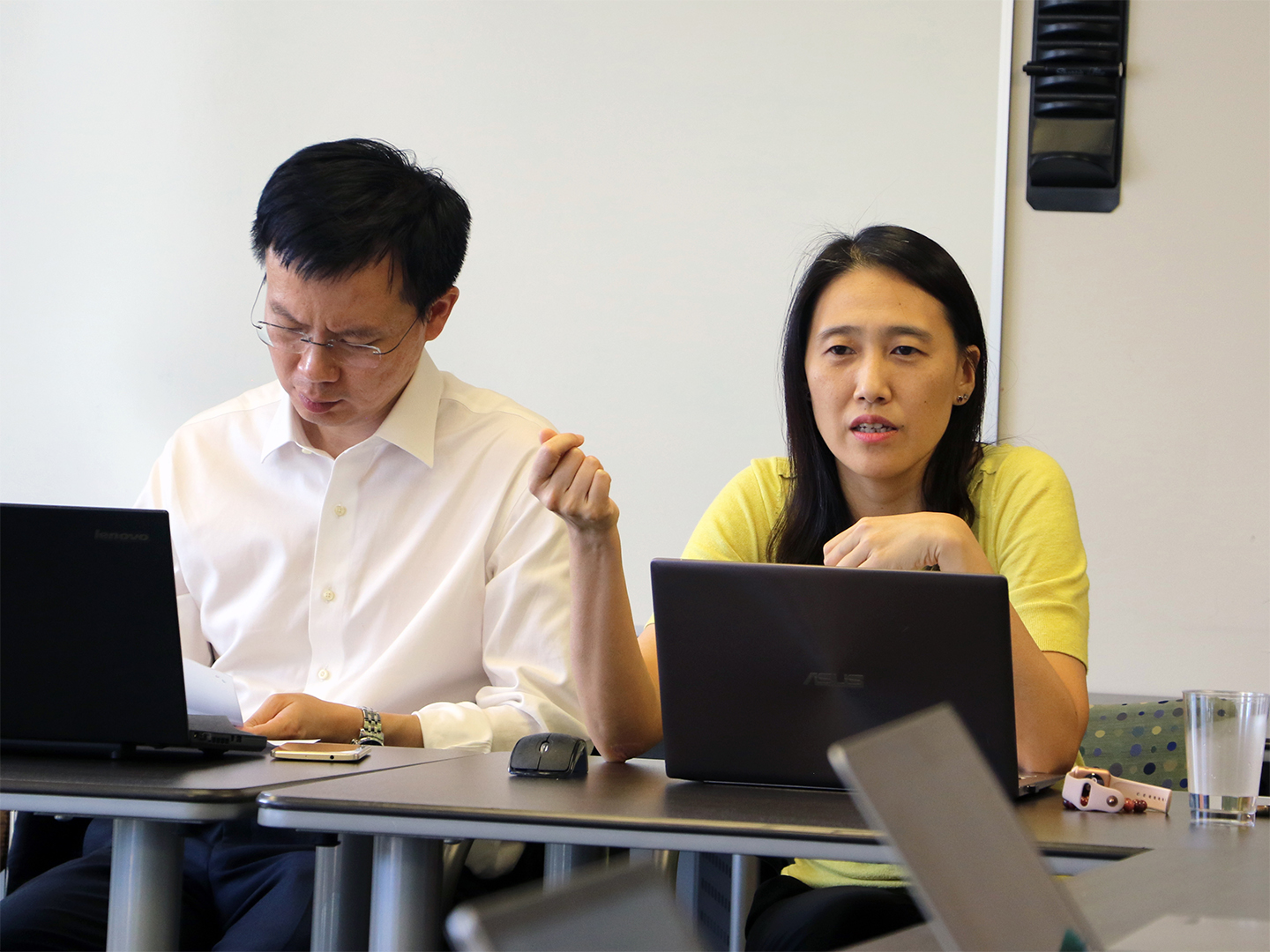 Han-Mei Tso sharing information about her research with Can Huang 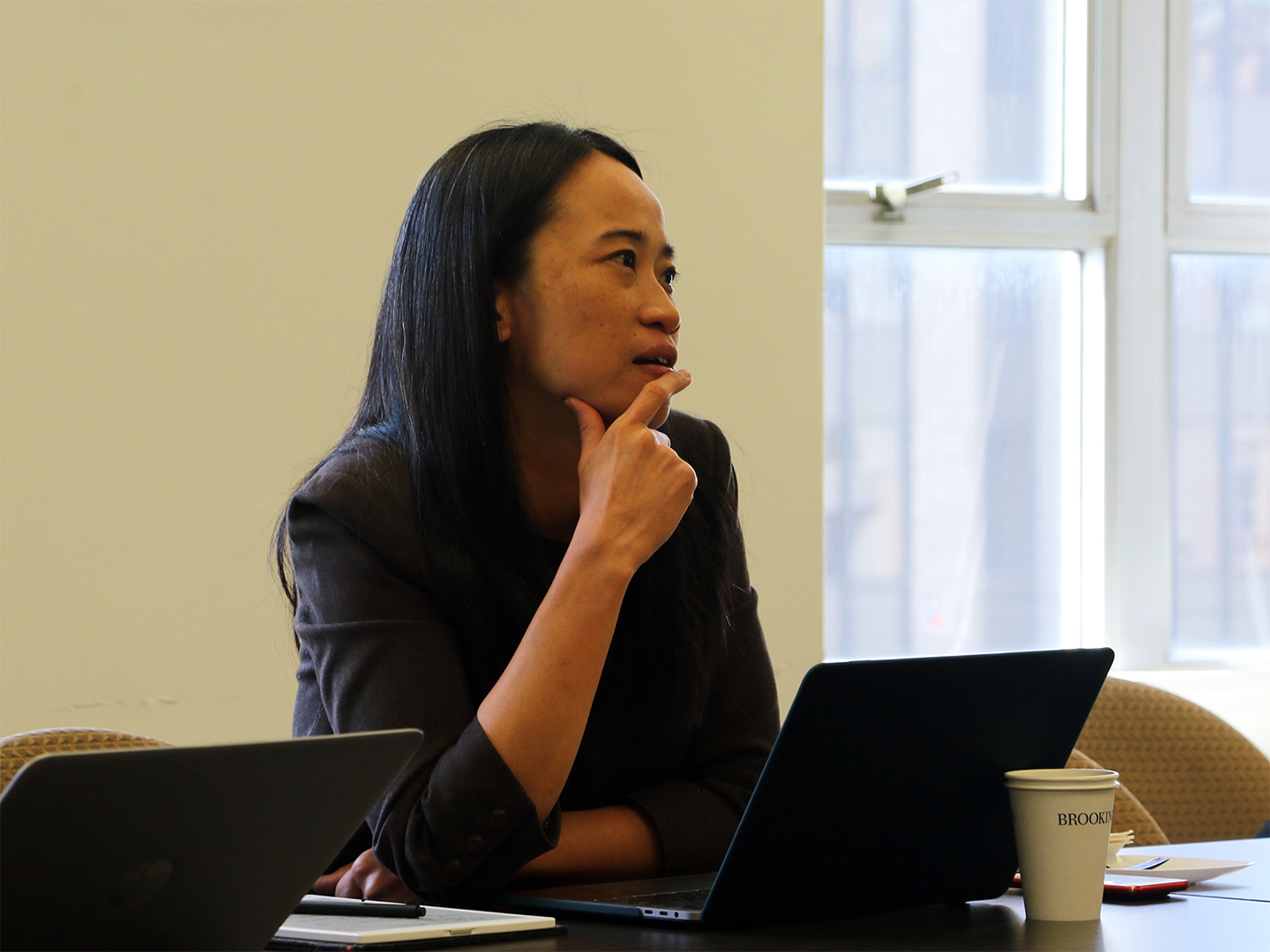 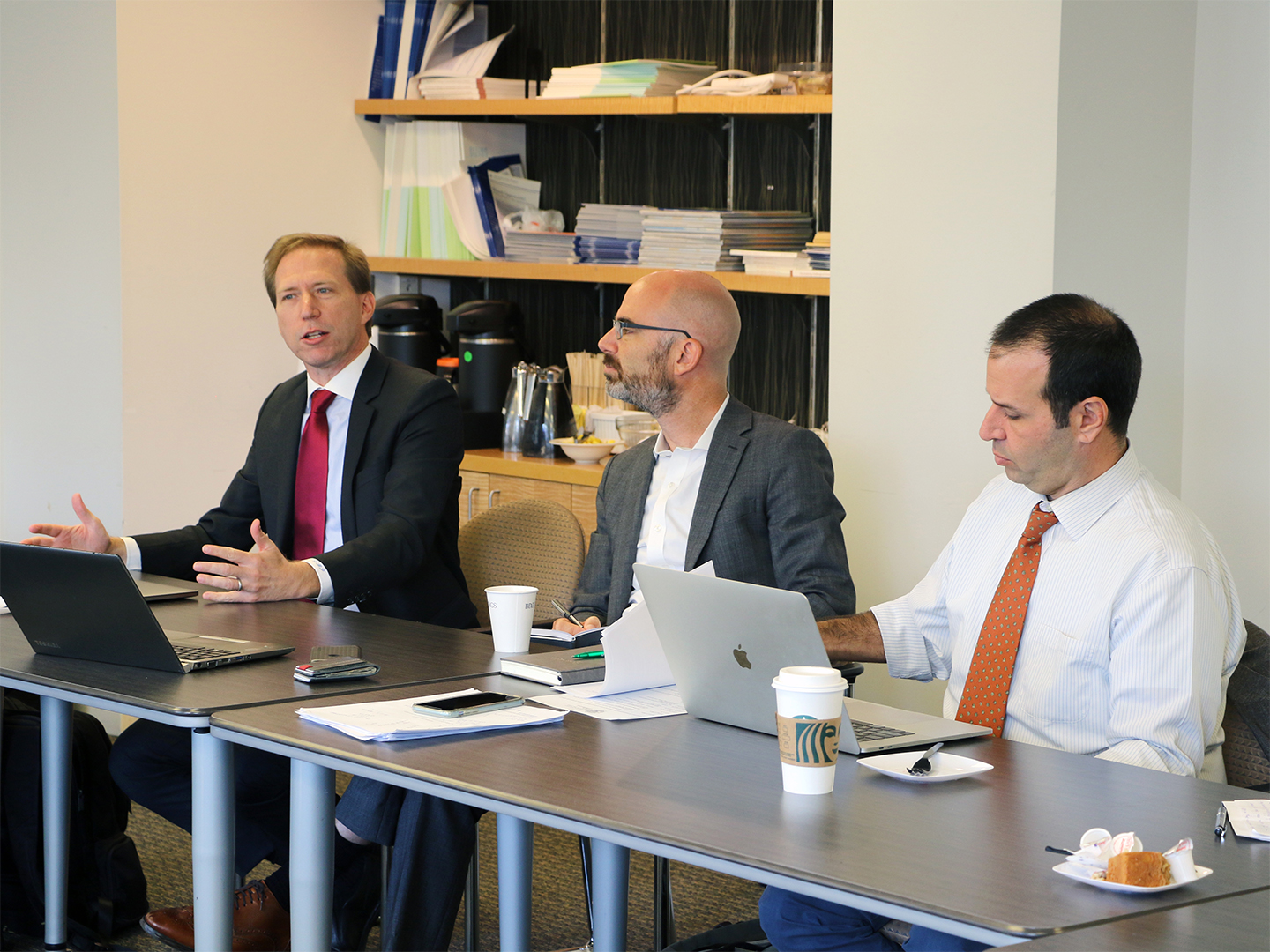 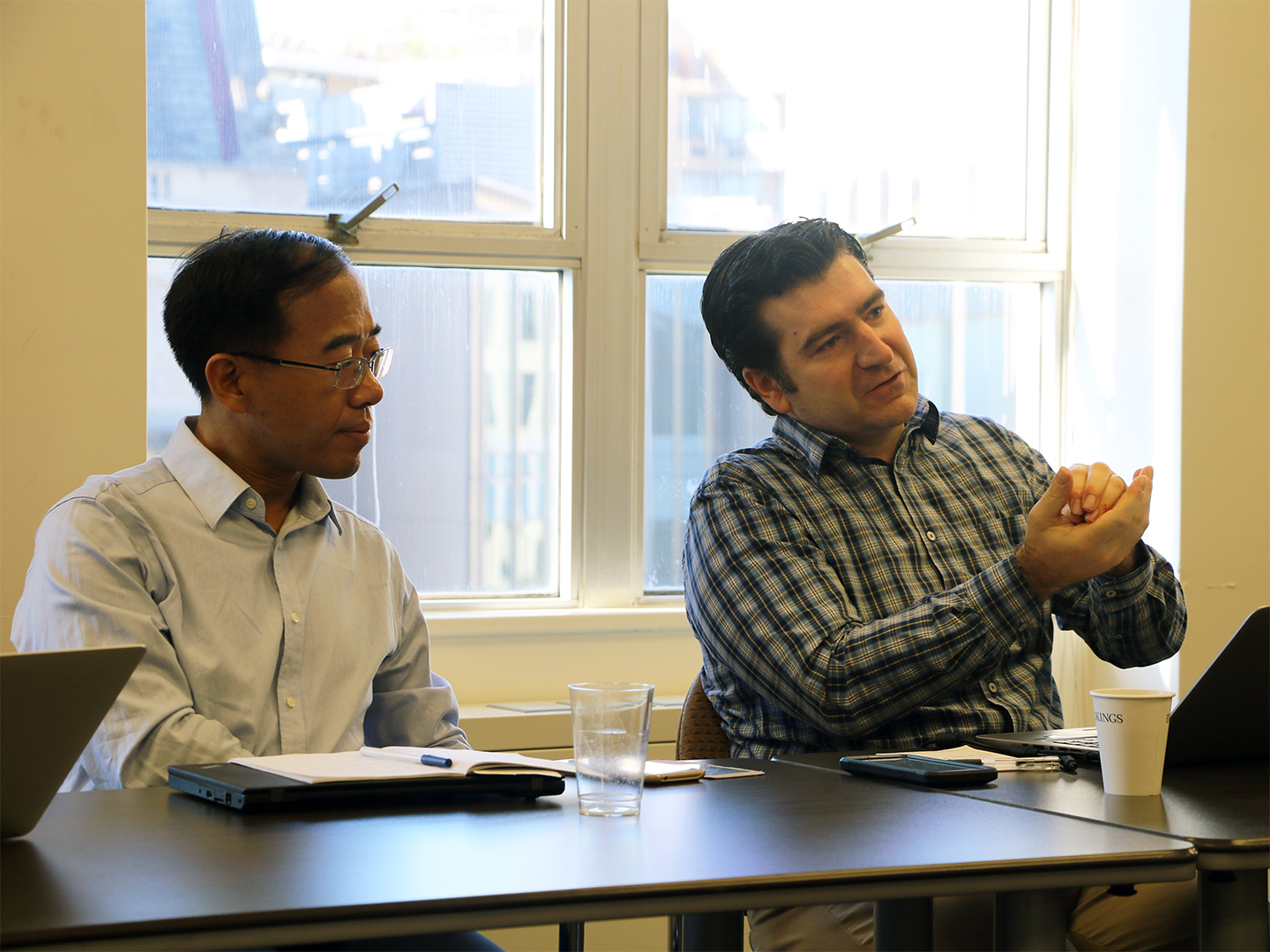 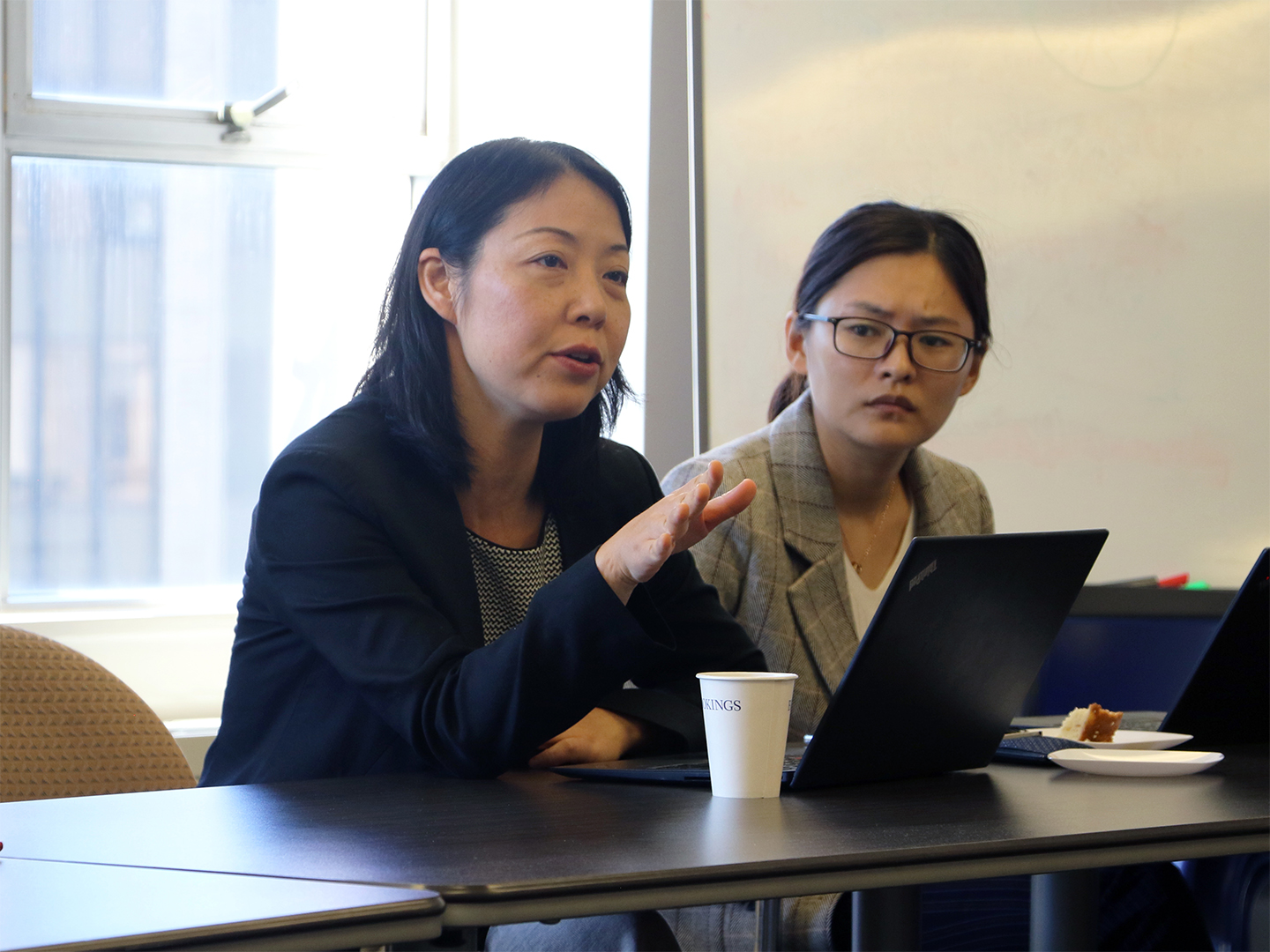 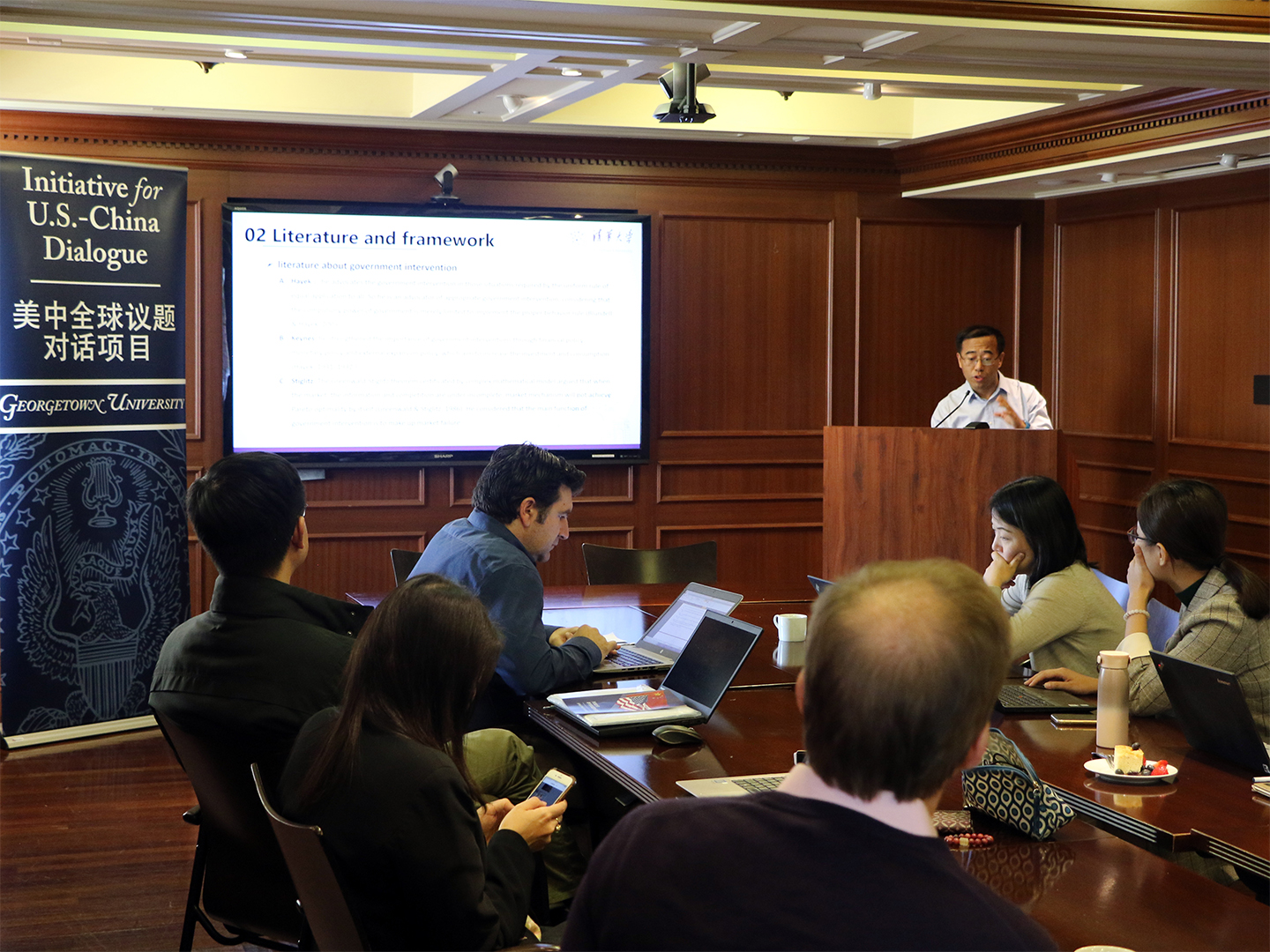 Liang Zheng sharing his research with the group