This year marks the 40th anniversary of the establishment of diplomatic relations between the United States and the People’s Republic of China. It is a moment in history that would normally be celebrated but instead it has been marked by a trade war and threats of economic decoupling between the two countries.

With tensions high and aggressive rhetoric coming from both sides, the third cohort of the U.S.-China Student Fellows Program gathered in Beijing from May 30 to June 2, 2019. The 12 students, six Chinese and six Americans, led by Dennis Wilder, the initiative’s managing director, spent the first two days listening to top Chinese and American officials, meeting with business experts, and discussing U.S.-China relations with journalists from Chinese and American media outlets. The following two days the cohort held student-to-student dialogues to reflect on their experiences as student fellows during this tumultuous period.

On the first day in Beijing, the student fellows were briefed by senior officials with widely differing perspectives at the Chinese Foreign Ministry and the United States Embassy. They also visited the Carnegie-Tsinghua Center for Global Policy and met with Director Paul Haenle. The students discussed a range of topics including U.S.-China shared global responsibilities, the Trump administration’s policies towards China, economic reform in China, and how to manage competition in the U.S.-China relationship.

The second day, the student fellows met with Ambassador Fu Ying, vice chairman of the foreign affairs committee of the National People’s Congress. Madame Fu offered her opinions and observations on the current status of U.S.-China relations, as well as advice for those interested in pursuing a career in foreign affairs. For many of the student fellows this meeting was a highlight of their trip. Student Fellow Jozanne Murphy (University of Pennsylvania) said,

“In response to my question regarding Graham Allison’s Thucydides’ Trap theory, which predicts that the United States and China are destined for war, the seasoned diplomat admitted that she believes we are approaching a moment where the U.S.-China relationship cannot be improved. She warned that if the United States continues to make China an enemy, then the theory of Thucydides’ Trap will become inevitable. Seeing rapprochement as a less than probable outcome, for the near future at least, Madam Fu Ying sagely identified young people as her hope for the future”.

In the afternoon, the students were briefed on the U.S. business perspective on the trade war by American Chamber of Commerce in the People’s Republic of China (AmCham China) President Alan Beebe. They also met with Tian Wei, a correspondent with China Global Television Network (CGTN), as well as Bloomberg correspondent Peter Martin. After an in-depth discussion with Martin about his experience as a journalist in China, Student Fellow Andrea Su (Georgetown University) noted that,

It was striking, on the same day, to hear an official defense of China’s ethnic policies in Xinjiang, juxtaposed with the criticisms of journalists who had visited re-education camps in the region firsthand.

Feeling Optimistic About their Generation

During the final two days of meetings the student fellows reflected on their hopes and aspirations for the U.S.-China relationship. Managing Director Dennis Wilder asked the students to break into two groups and work together to define the values of their generation. Student Fellow Chang Fan (Tsinghua University) described the exercise,

“On the third day of our Beijing meeting, we spent the whole morning on discussions about characteristics and stereotypes of our generation, which enable us to understand the different perspectives of U.S. and Chinese students and how did they form in the first place. I’ve engaged in countless discussions about U.S. China relations but it’s the most frank, open and widely ranged one.”

The students also held a debate on the future impacts of artificial intelligence technology on U.S.-China relations. To conclude the trip, the students attended a farewell dinner with U.S.-China Student Fellows Program alumni and other Georgetown University alumni living in China. They were able to share their experiences while also continuing to network and build connections. When asked to reflect on his experience Student Fellow Xu Xiaogu (Tsinghua University) said,

“The fellows I have met here are smart, enthusiastic and passionate. And they are eager to share their personal opinions and sometimes debate for their stances. This is so important because only through enriching the exchange of ideas, even though some differences are reserved at the moment, can we build trust and eliminate misperception between the two nations.”

See more reflections from the fellows about their experiences in Beijing and their time together in their final blog posts. 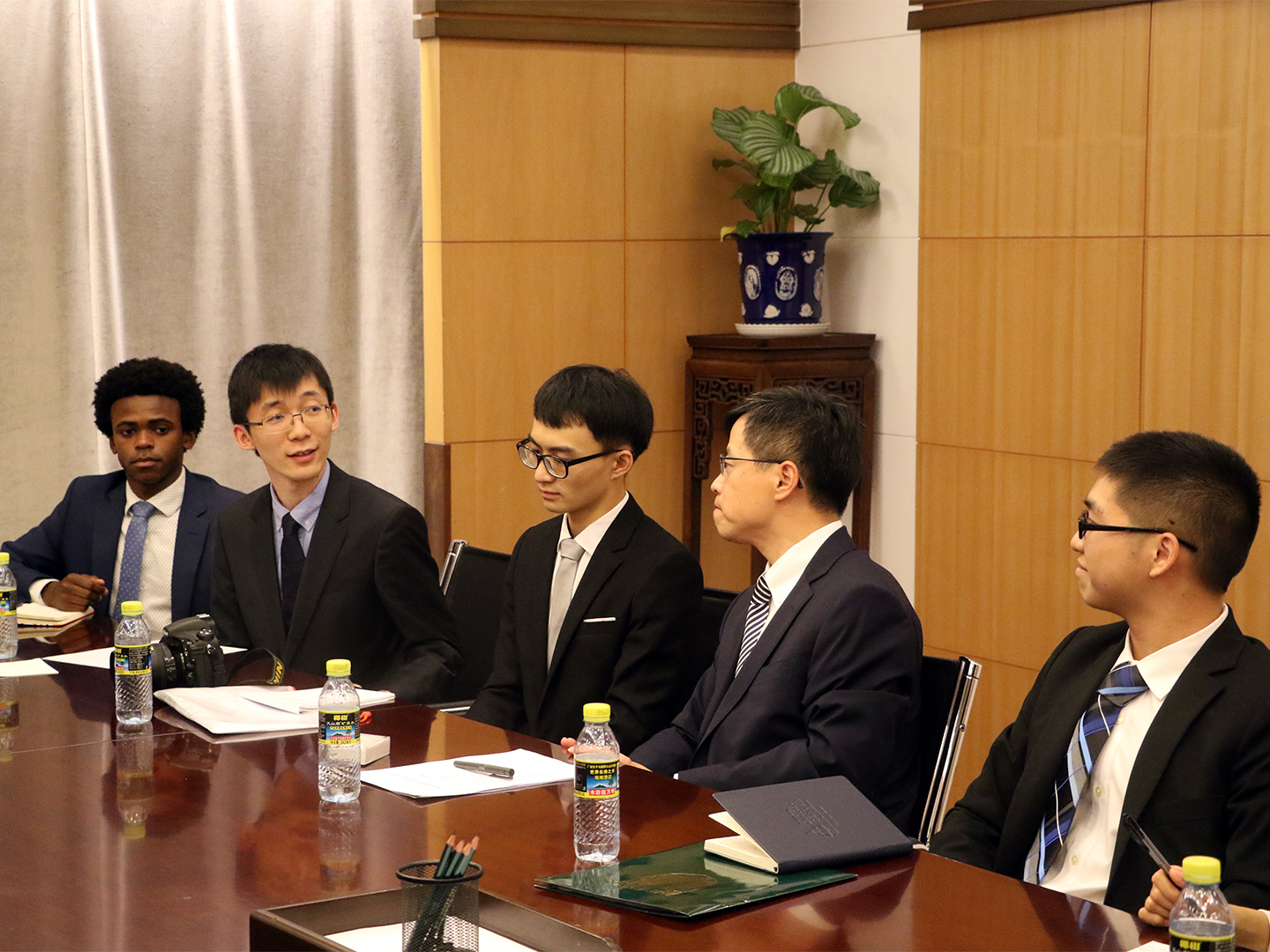 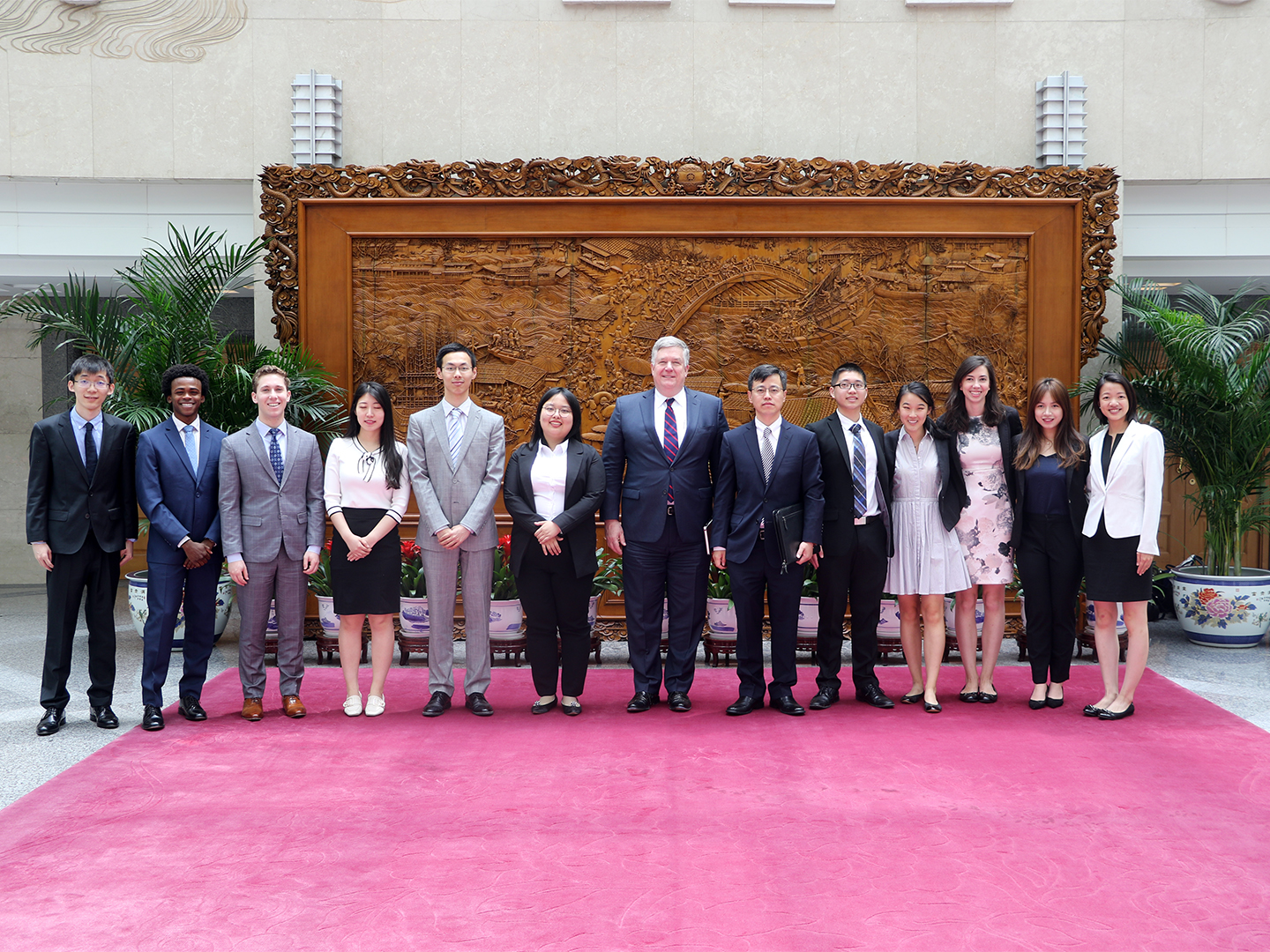 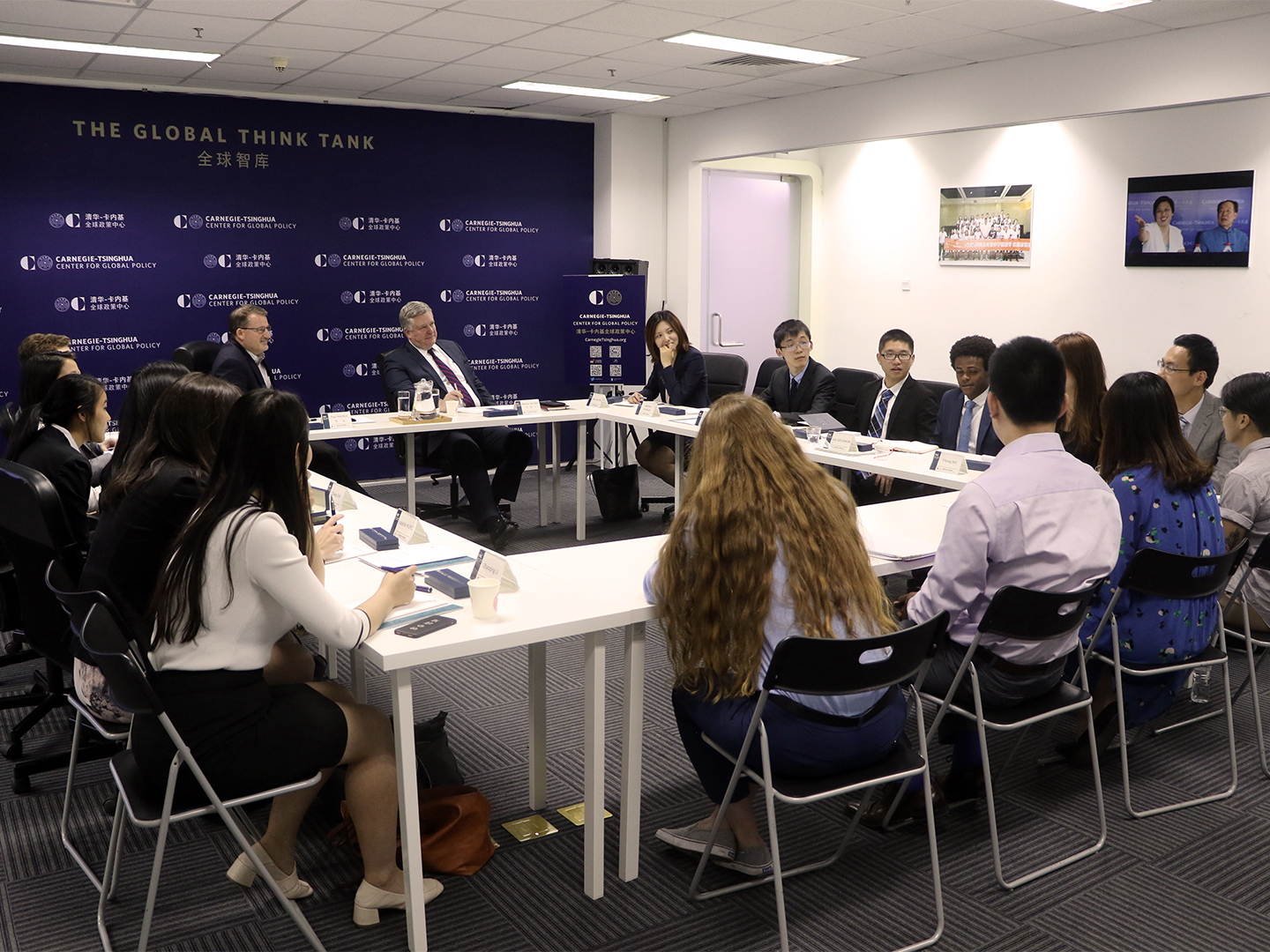 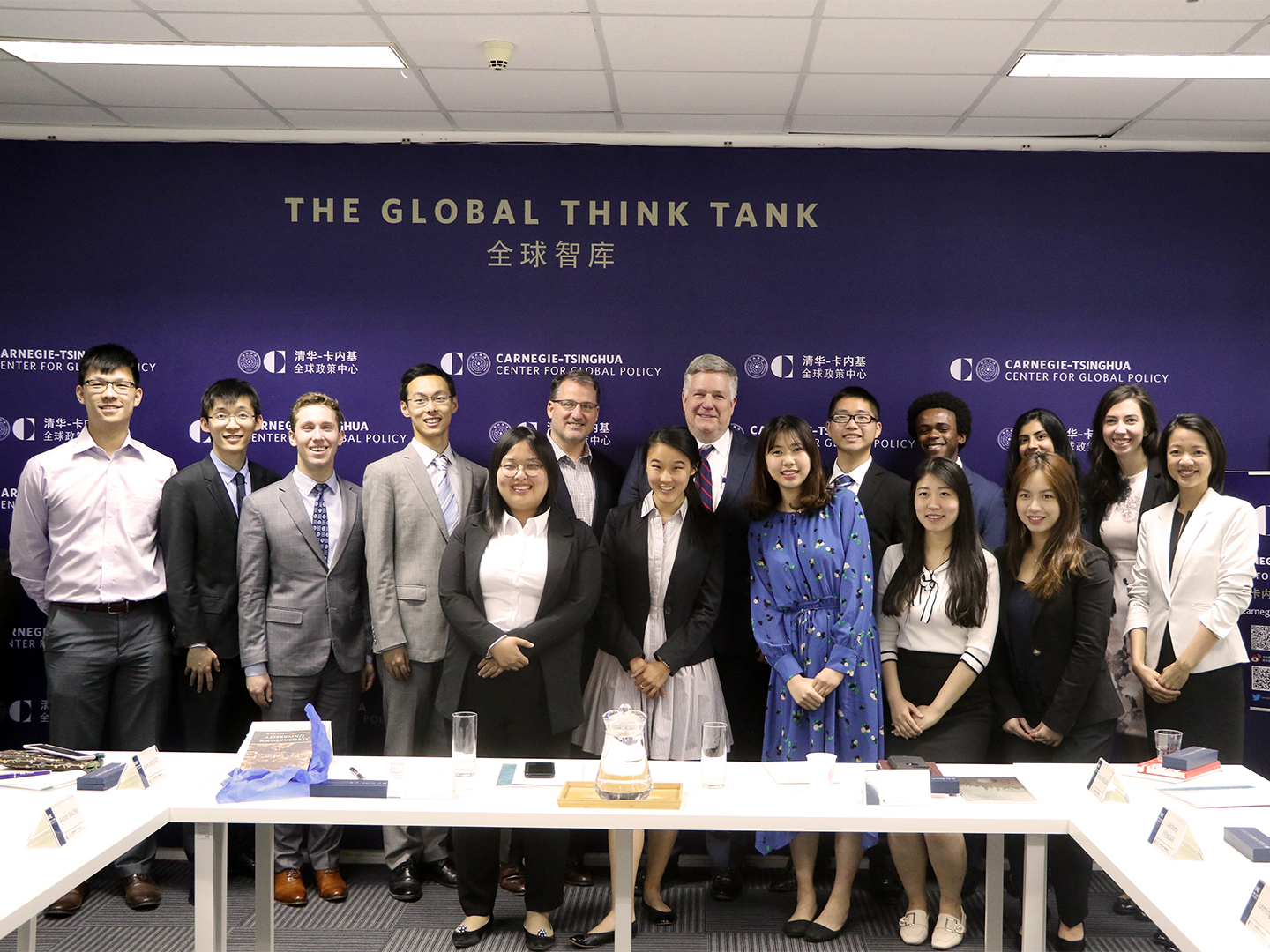 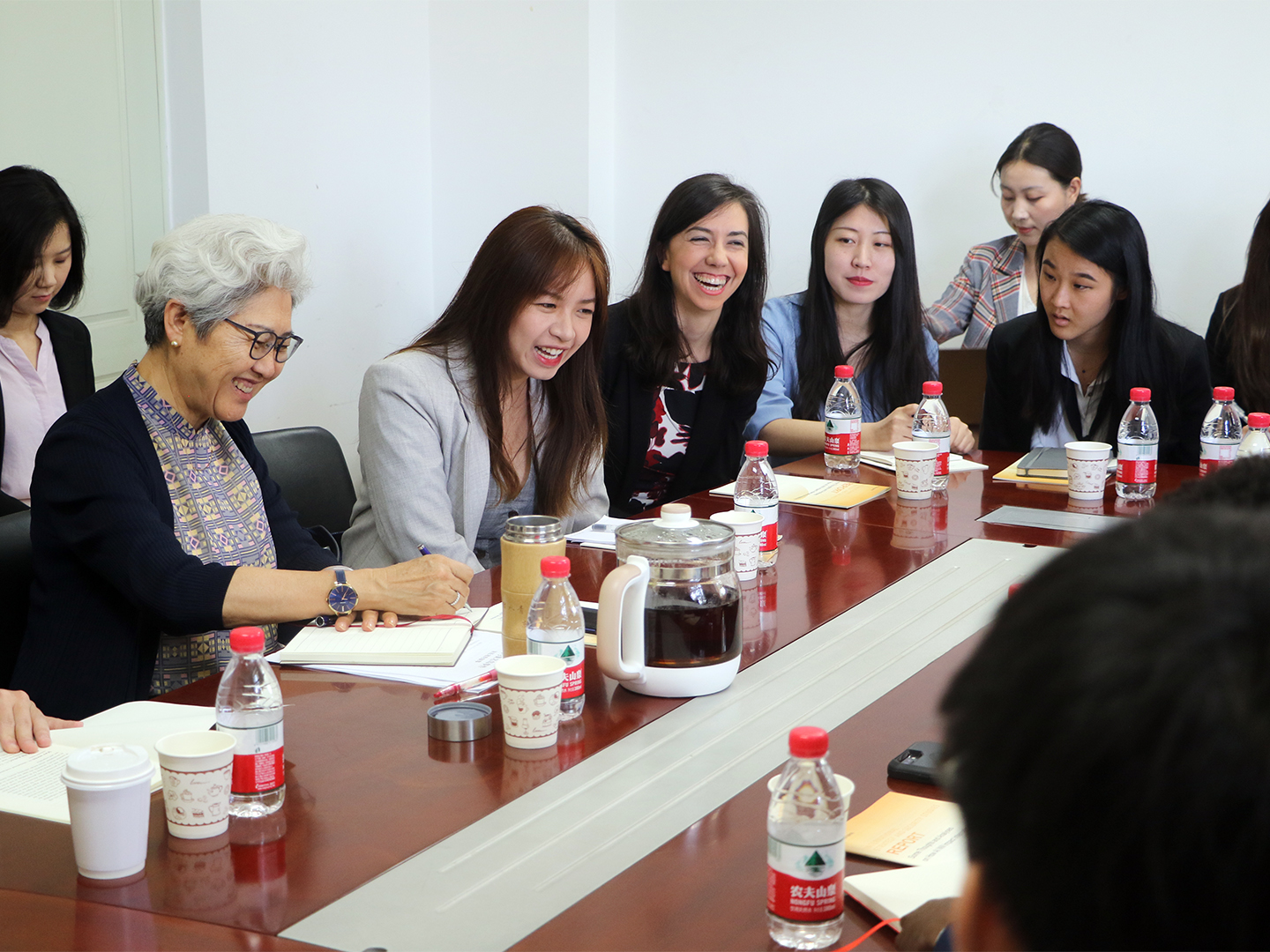 Madame Fu Ying sharing a laugh with the student fellows. 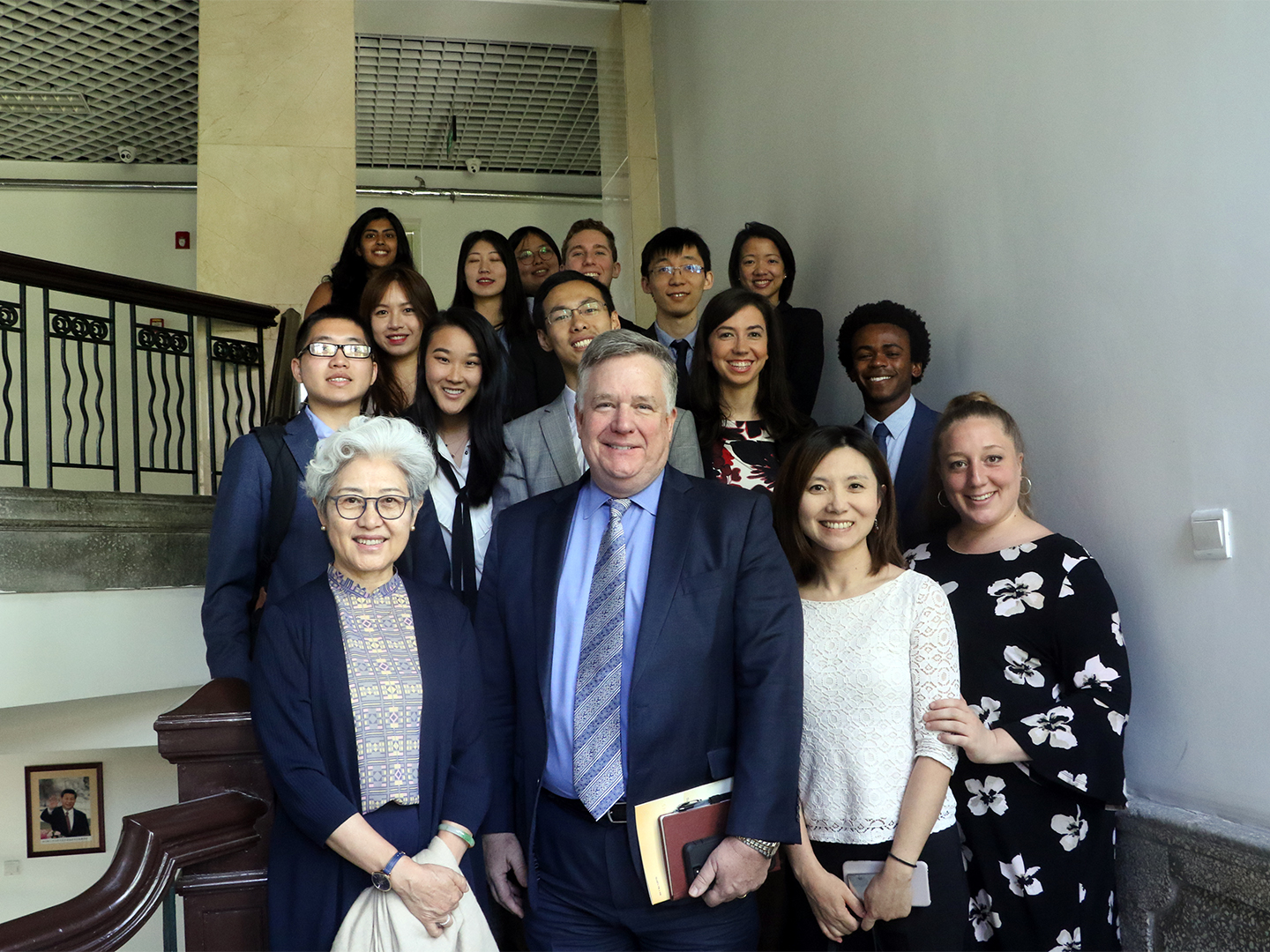 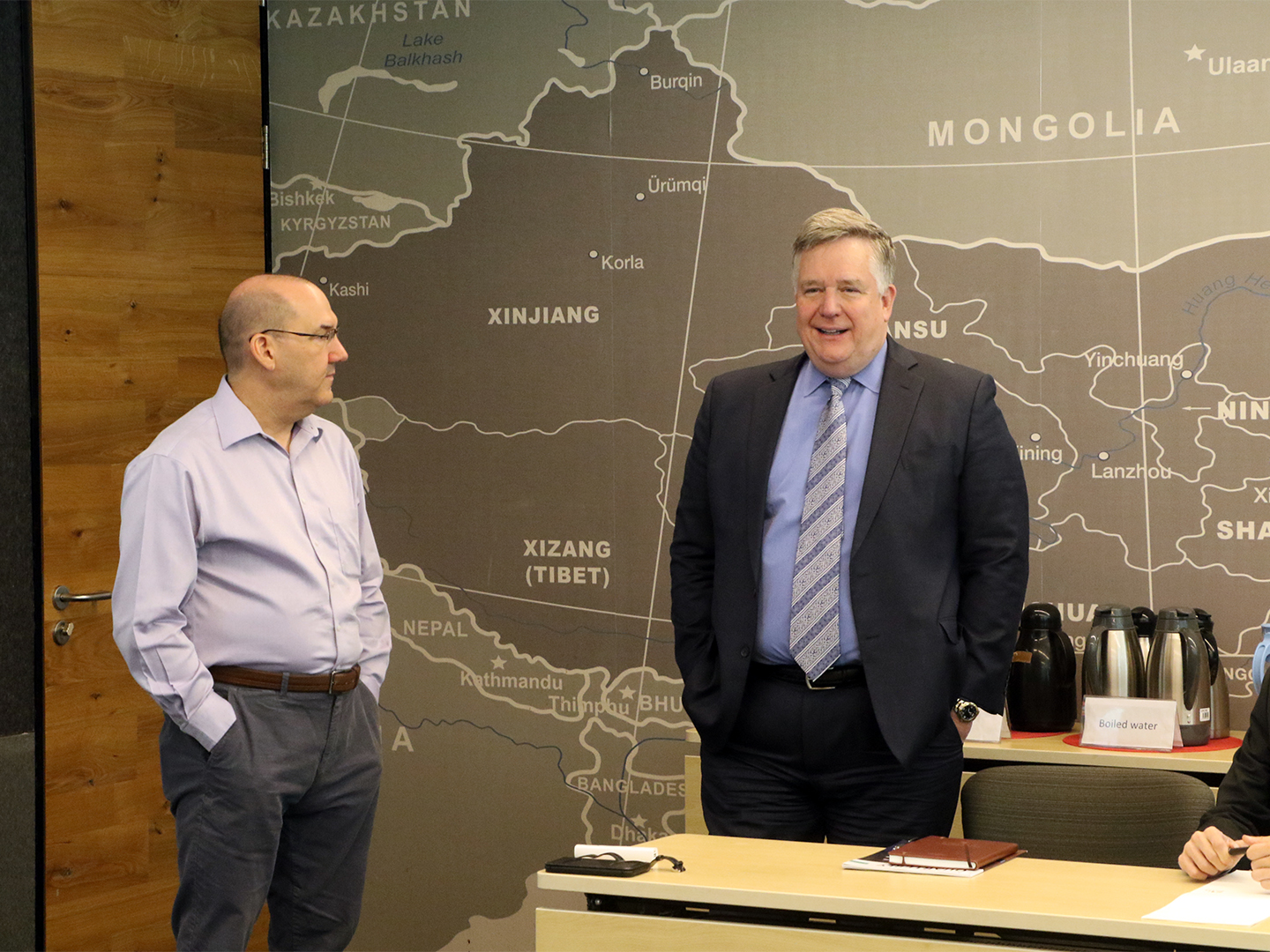 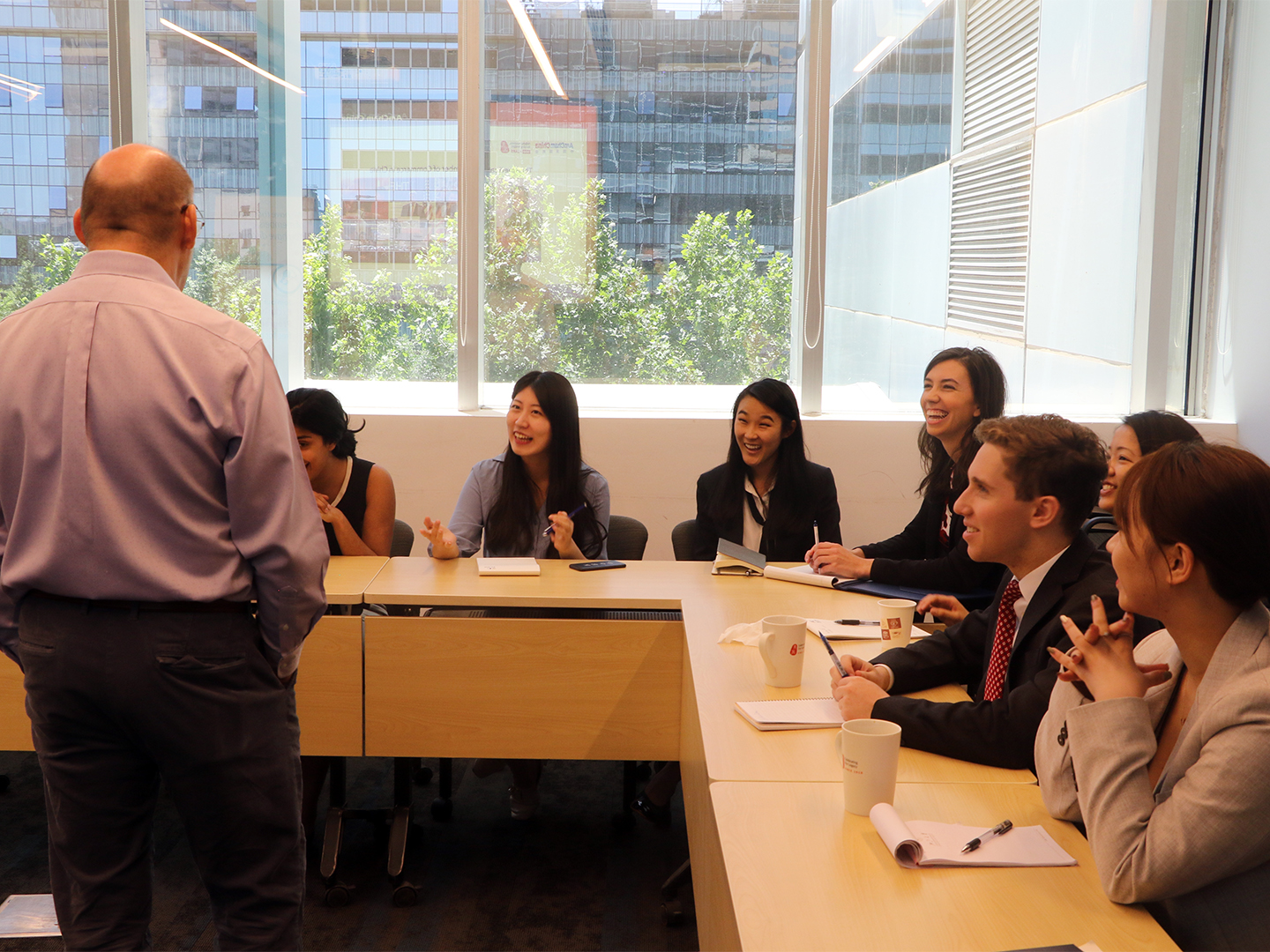 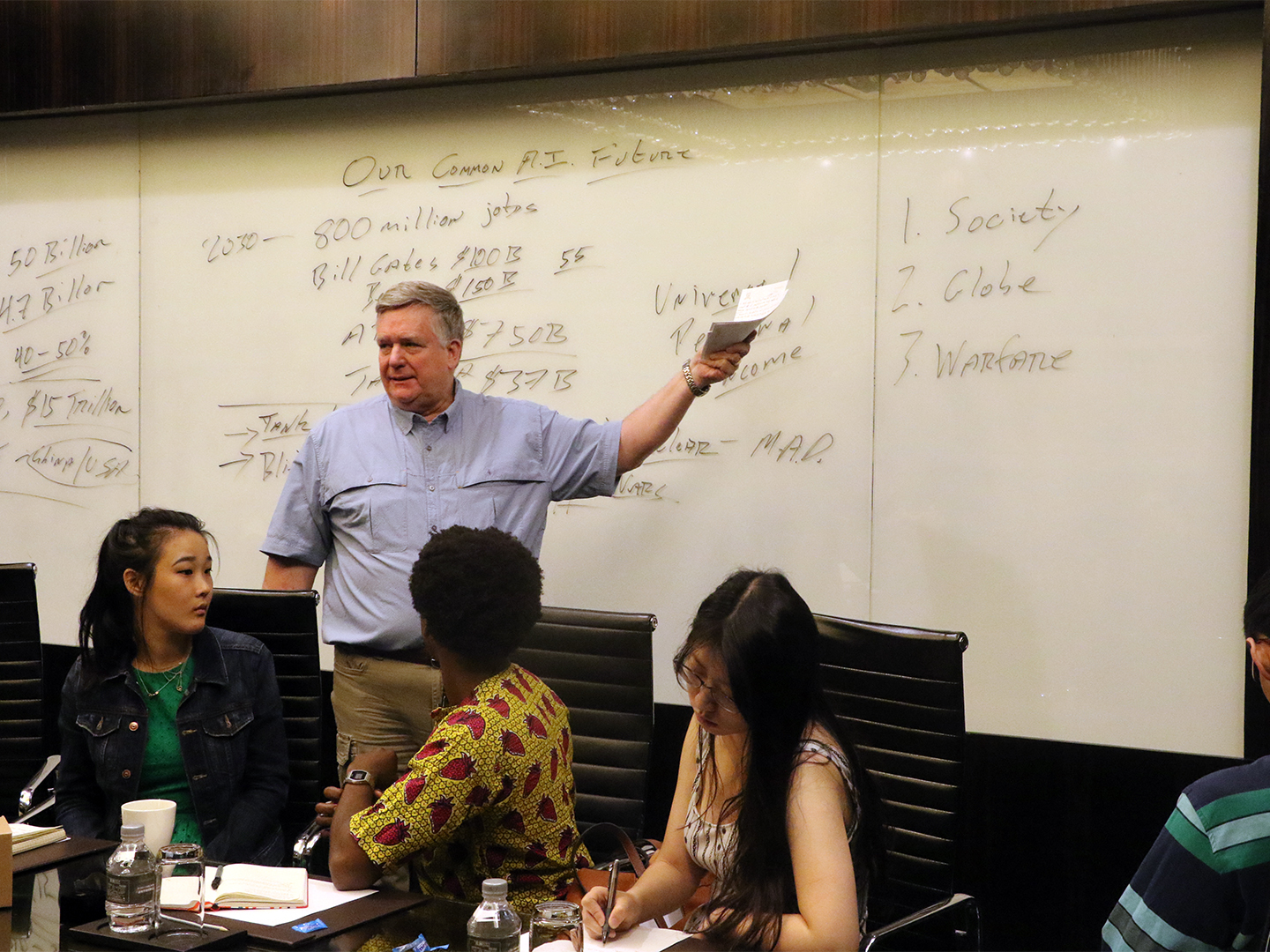 Professor Dennis Wilder asks the student fellows to define the values of their generations. 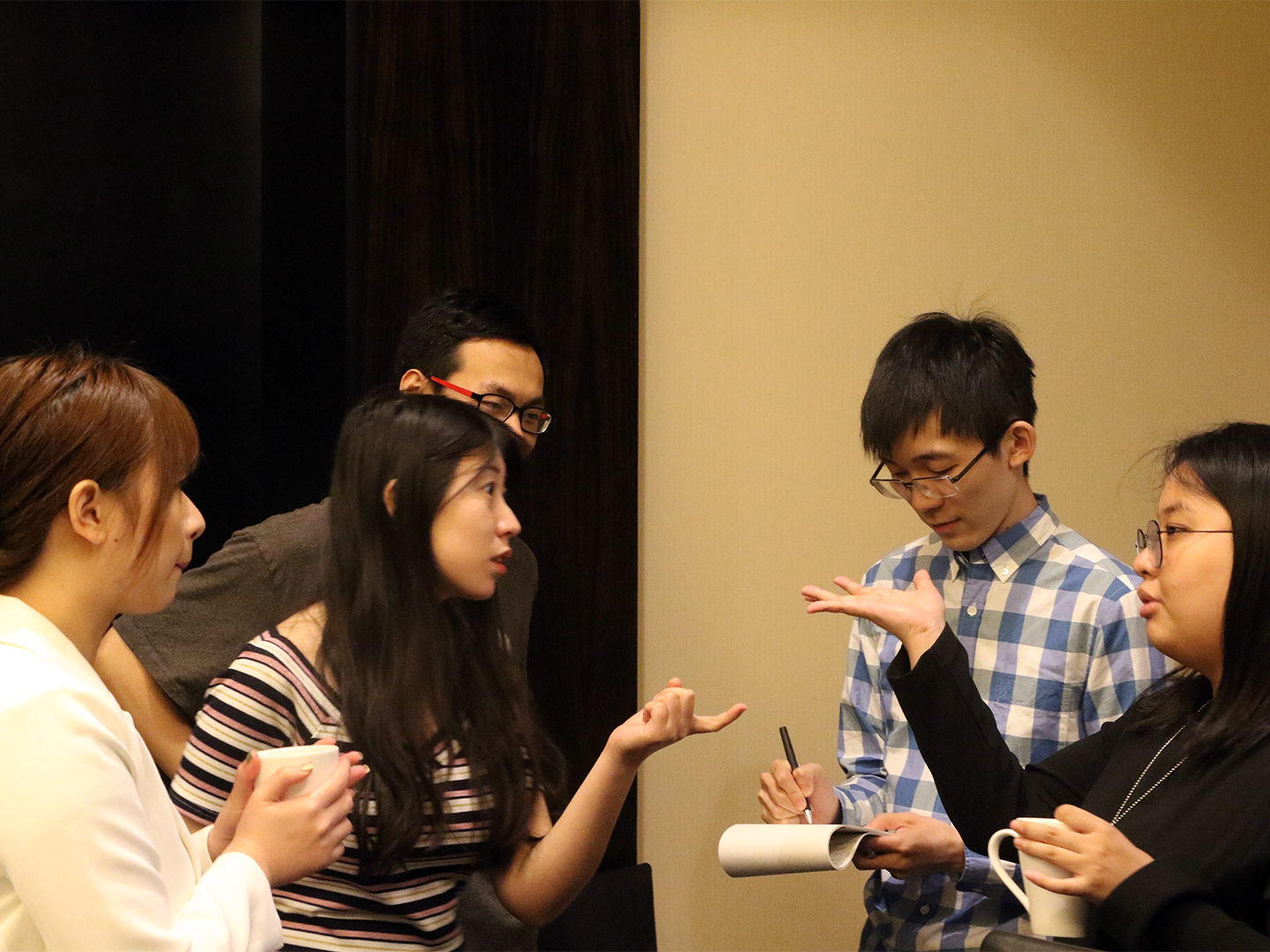 The Chinese student fellows discuss how their parents view their generation today. 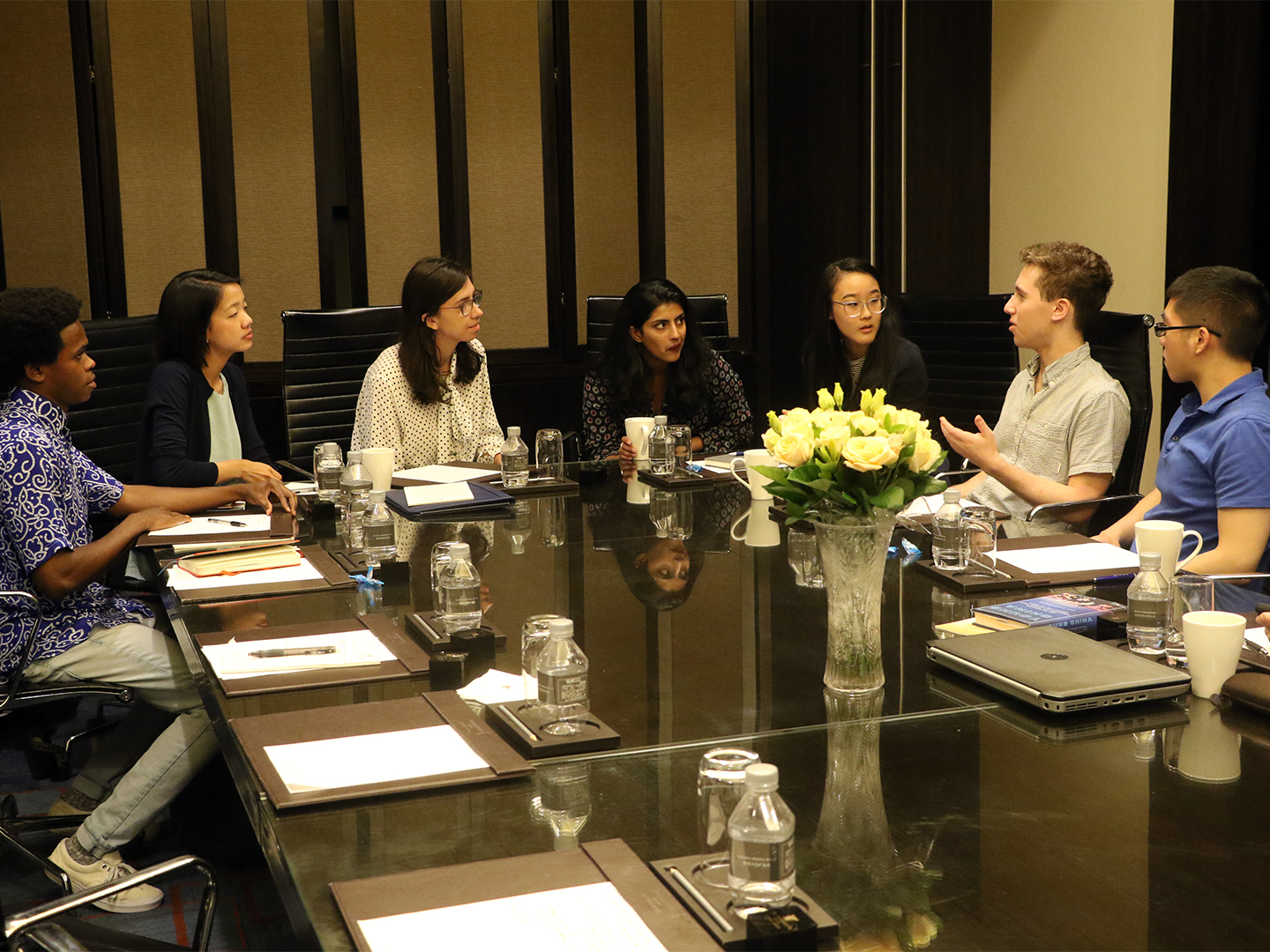 The American student fellows trying to define the milennial generation.